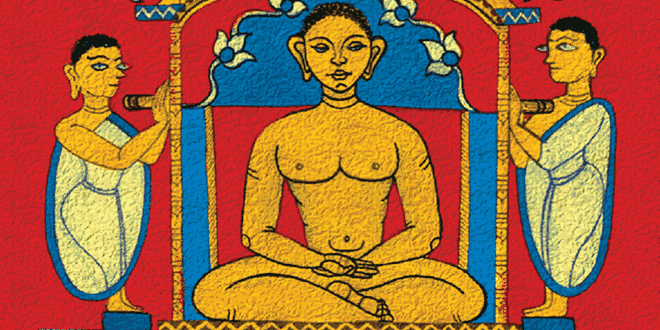 Jainism is an Indian religion that prescribes pacifism and a path of non-violence towards all living beings. Its philosophy and practice emphasize the necessity of self-effort to move the soul towards divine consciousness and liberation. Any soul that has conquered its own inner enemies and achieved the state of supreme being is called Jina (Conqueror or Victor). Jainism is also referred to as Shraman (self-reliant) Dharma or the religion of Nirgantha (who does not have attachments and aversions) by ancient texts. Jainism is commonly referred to as Jain Dharma in Hindi and Samanam in Tamil.

Jainism is a religion originally from India that teaches that “all the events in the universe are self-caused, random, fixed and are independent of previous events or external causes or god”: Jain philosophy is the oldest philosophy of India that distinguishes body (matter) from the soul (consciousness) completely. It teaches that the universe is eternal and that every living being has a soul which has the power to become all-knowing(observer of all the random events). A soul which has won over its inner enemies like attachment, greed, pride, etc. is called jina which means conqueror or victor(over ignorance). The holy book of Jainism is Pravachansara.

Previous Brief Introduction to Jainism: Culture & Traditions
Next Who was the 23rd Tirthankara in Jainism?