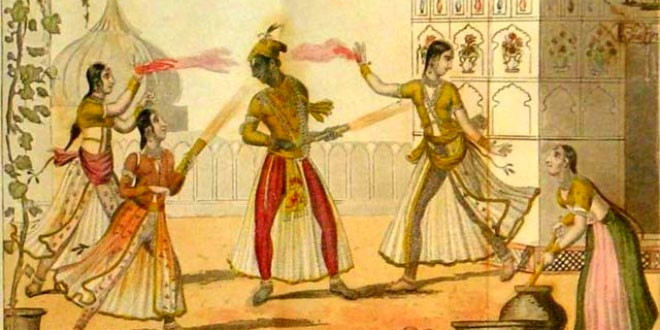 What is Holi Origin?

Holi Origin can be traced back to ancient times. It is believed that this festival of colors existed even before Christ. This Indian spring festival also known as Phagwa was celebrated by Aryans but was prominent in the Eastern part of India. There are many stories that are associated with the history of Holi and information about 2 of them is given below. Also interesting to note are the ancient texts, inscriptions, murals, and paintings that speak volumes about the history of Holi. Read further to get an insight into this popular festival.

Holi origin inscriptions in ancient texts Holi ceremony and rituals find a mention in “Bhavishya Purana” and “Narad Purana”. “Jamini Mimansa” is another source where rituals associated with Holi is mentioned. A stone inscription dating back to more than 300 years ago has “Holikotsav” engraved on it. This stone was found in Ramgarh in Vindhya Province. You will also come across the word Holi in Ratnavali that was written during the 7th century when King Harsha ruled. This further strengthens the fact that Holi was observed several years before Christ.

Previous Legend of Holi: Dhundhi The Ogress
Next Let Every Child Know A True Meaning Of Summer Holidays