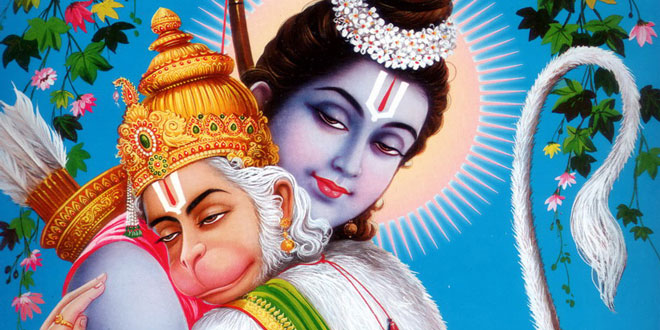 How did Hanuman served Lord Rama? Hanuman’s initial words highly impressed Lord Rama, and made him comment: “None can talk this way without mastering the Vedas. He has such a flawless countenance, a wonderful accent, and a captivating way of speaking. He has the ability to move even an enemy…” After he revealed his identity as the prince of Ayodhya, Hanuman fell prostrate before him in respect of the Lord. Rama picked him up and embraced him. There began the story of Hanuman, which is inextricably interwoven with Rama, and dealt with in detail in Valmiki‘s Ramayana and the Tulsidas‘ Ramacharitamanas.