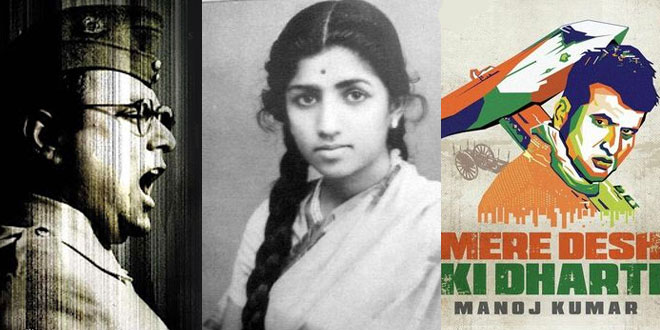 Patriotic songs are songs that demonstrates love for one’s country. It may be an official National Anthem, National Song or may not be. It is often sung on national holidays. Common themes include love of country, or have themes that glorify self-sacrifice; others focus on a land’s beauty, history, or ideals.

National Anthem – Jana Gana Mana: The National Anthem of India is played or sung on various occasions. Instructions have been issued from time to time about the correct versions of the Anthem, the occasions on which these are to be played or sung, and about the need for paying respect to the anthem by observance of proper decorum on such occasions. The substance of these instructions has been embodied in this information sheet for general information and guidance.

National Song – Vande Mataram: The song Vande Mataram, composed in Sanskrit by Bankimchandra Chatterji, was a source of inspiration to the people in their struggle for freedom. It has an equal status with Jana-gana-mana. The first political occasion when it was sung was the 1896 session of the Indian National Congress.