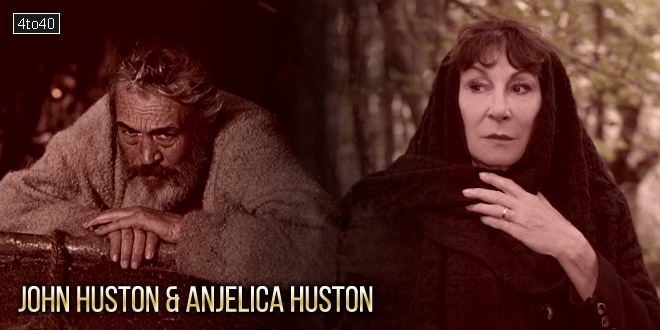 John Huston and his daughter Anjelica Huston both have won the Oscars.

Which father and daughter have both won Oscars? John Marcellus Huston was an American film director, screenwriter and actor. He wrote most of the 37 feature films he directed, many of which are today considered classics: The Maltese Falcon (1941), The Treasure of the Sierra Madre (1948), Key Largo (1948), The Asphalt Jungle (1950), The African Queen (1951), Moulin Rouge (1952), The Misfits (1961), and The Man Who Would Be King (1975). During his 46-year career, Huston received 15 Oscar nominations, winning twice, and directed both his father, Walter Huston, and daughter, Anjelica Huston to Oscar wins in different films.

Anjelica Huston is an American actress. Huston became the third generation of her family to win an Academy Award, for her performance in 1985’s Prizzi’s Honor, joining her father, director John Huston, and grandfather, actor Walter Huston. She later was nominated in 1989 and 1990 for her acting in Enemies, a Love Story and The Grifters respectively. Among her roles, she starred as Morticia Addams in The Addams Family (1991) and Addams Family Values (1993), receiving Golden Globe nominations for both. More recently, she is known for her frequent collaborations with director Wes Anderson. Huston won the Best Supporting Actress Oscar for her performance, making her the first person in Academy Award history to win an Oscar when a parent and a grandparent had also won one.

Huston earned a Best Actress Oscar nomination for her portrayal of an iron-willed con artist in Stephen Frears’ The Grifters (1990). She also starred as the lead in her father’s final directorial film, The Dead (1987), an adaptation of a James Joyce story.

Previous Writing Father Word in 58 Different Languages
Next Who were the Pilgrim Fathers?