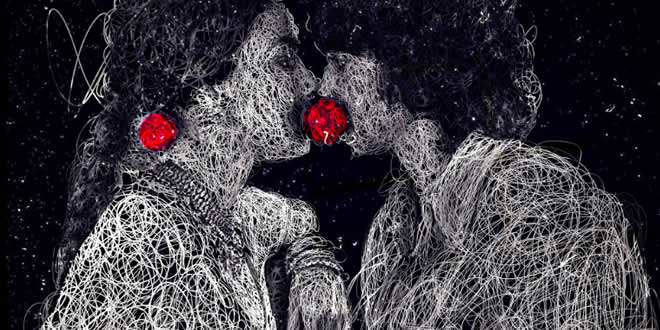 Women in the Indian movie and entertainment industry: Still caged inside toxic stereotypes

A video of a wedding is going viral on social media for the last couple of days. A groom, visibly drunk and barely able to even sit straight, is threatening that since the bride’s side has not given him the dowry he demanded, he is going to walk away, calling the wedding off.

It is not known where is it from or when it is from. But there is something in that video that hurts more than the shameless impunity that the loser of a groom displays in the video. The bride, a girl decked up with jewellery and fineries, pleading with the groom that her family has arranged whatever they could and they will eventually fulfill his demands, maybe over installments.

The girl, like the ‘good girl’ stereotype in our societies, takes repeated insults against her family, herself, forgets her dignity and ‘pleads’ with that drunk piece of sh*t to not call off the wedding, and allow her family to fulfill his demands installments as they are unable to do it now.

This is saddening because it is not a rarity, it is the norm, even though we refuse to accept it. The ‘good girls’ are expected to put up with absolute crap behaviour not just from the prospective husband, in-laws and random relatives, but even within their own family. Yes, there are stringent laws against dowry, yes, there are cases where anti-dowry laws are being misused rampantly. But take a moment to reflect, has this social evil been banished yet? Flip through the fourth, fifth, sixth pages of your local newspaper and you will find dozens of women still being burned, strangulated, ‘found dead under mysterious circumstances’, committing suicide over domestic issues and much more.

The stereotypes that a ‘good girl’ should be as the patriarchy around her demands her to be, is widely reflected in the movie and entertainment industry too. We are in 2022, but our TV serials still show that the illiterate, cowering, demure, never arguing, dumb bahu is the good bahu and the good daughter, but the educated, smart, assertive, confident woman is the villain, whose only goal in life is to scheme and try to steal the husbands of all the good bahus.

Bollywood and its pathological obsession with prostitution, far from the realities of the flesh trade

Bollywood has a strange, pathological obsession with prostitution. The problem is not that Bollywood focuses on prostitutes, the problem is that Bollywood, for decades, has been making obscene efforts to glorify the profession, by completely washing over the rampant sexual exploitation, kidnapping, rapes, child abuse, trafficking and a score of other crimes that the profession enables, uses and depends on.

In Bollywood’s depiction, prostitutes are the glamorous, rich, talented, queen-like ladies of charm who only perform dance numbers in extravagantly decorated halls. They are the masters of art forms like singing and classical dance and the world rushes to admire them.

In reality, the prostitutes who are often very young girls kidnapped, or sold into the profession against their wishes, suffer years of abuse, live in stinky mohallas with scant sanitation and healthcare, and die early from diseases. They do not look like Madhuri Dixit or Alia Bhatt dancing away in abandon and swinging in ornate ‘jhoolas‘, they look like beaten, broken, helpless women with deep sunken eyes who sell their bodies to survive.

One would think the old Bollywood stereotype of a super-rich, super-beautiful, super-talented super-dancer ‘Kothewali‘ has become cliched and the Hindi movies industry has moved on. But no, ‘Kalank’ was released in 2019, and Gangubai is playing now.

TV Serials: The toxic mix of all that is wrong in our societies

TV serials in India clock hundreds of millions in viewership. Sadly, there is some compulsion among the makers to never get out of their respective cocoons, their imaginary worlds where the ‘good’ bahu should be an illiterate dumb simpleton (preferably poor) who has no idea how the world works, she has no agency, no choice over who she will be married to, and she just obeys what her parents tell her.

The good dumb illiterate bahu then becomes the tragic victim of schemes hatched by educated, smart vamps. The good bahu takes insults, abuses and even violence with a smiling face. She obeys her monstrous saas, evil aunts-in-law, and even accommodates the extramarital affairs of her husband because that is what an ‘adarsh naari‘ should do, as per serial makers.

In the rare case when she gets a job, it is only because she is coaxed into it by well wishers, only to help her family or children, not because she loves it or wants it. She never calls out the abusive behaviour of her husband, never objects to the torture and insults, never tells her in-laws to shut up and stop their mean behaviour, never objects to anything. She never asks for a divorce, she is only forced into it. Even if she accepts the divorce, she never accepts the alimony or child support because she must be the one to uphold the fake moral grandstanding. And all through this, she is always dressed like an adarsh naari, not a hair out of place. Also, her ‘happiness’ only has to come through a man, who will be her saviour and her hero.

“I started the catering business only because I needed to at that time. Normally, a woman should only focus on caring for her household and her husband,” declares the protagonist Babita in ‘Patiala Babes‘.

In Anupama, the woman spends her life smiling through repeated insults and abuse, and the affair of her husband, because she is the ‘adarsh bahu‘. She then takes the tough decision of divorce, because she has to let her husband live with his girlfriend, and like every adarsh bahu, she still comes back to live in the same house “to care for her in-laws”, because that is her ‘duty’ as an adarsh bahu.

Tropes like bigamy, infidelity, domestic violence, mental abuse, psychological torture, humiliation and toxic emotional exploitation are normalised in these serials and the female characters are made to endure it, even enable and endorse it because that is what the so-called ideal women has to, as per serial makers.

Even if the serial starts with the promise of a free-spirited, independent girl, it has to soon fall into the ‘bahu’ stereotype. And the ‘good bahu’ just has to endure, go through endless humiliations and abuse, to finally ‘win everyone’s heart’.

The hero has to be savior, the woman has to be ‘saved’

Portrayal of women in our movies and almost the entire entertainment industry, irrespective of the region or state, is just about reducing them to objects of sexual desires, or the usual dumb, incapable victims who have to be saved by the hero every time. Sadly, even in 2022, we have not evolved enough to write stories about women who take their own decisions and who are not force-fitted into the conflated ideas of what the patriarchal society wants them to be.

In Allu Arjun’s 2019 superhit Ala Vaikunthapuramulo, the female lead is a successful entrepreneur, but she still needs the hero to ‘save’ her from everything in her life, from hostile business deals, to forced marriages. There are episodes of Kapil Sharma’s comedy shows where he insults actress playing his wife for being the daughter of a poor man who brought nothing, and the audience laughs at it. Pick up any movie of any superstar, of any language, the most common message is that the women can only be the victims, and when they are not victims, they are the ‘good wife’ or ‘good bahu’ stereotype who does everything that every ‘ideal woman’ is expected to do, to make a perfect case for the the hero’s heroism.

Some exceptions, but a long way to go

There are some rare exceptions to the toxic stereotypical depictions of female characters in the stories we watch. Shefali Shah‘s character of the DCP in Delhi Crime does not need top notch make-up, not made to look glamorous in every shot. She looks, and acts what a DCP is supposed to, tough, no-nonsense and sometimes tired. There are few other examples, but these cases are rare. For some reason, we, as a society, as an audience and as even consumers, are yet to accept women as persons first, away from the idealism and fake romanticisations of false stereotypes.

Women are persons first, and like any person, there are shades to their characters. Most importantly, the female characters need not follow the age old stereotypes at all. In a rapidly evolving socio-econmic scenario, as is the case in our country, the expectations from women, (which ultimately reflects in the female characters shown on TV) to walk the tightrope of 19th century stereotypes is both dishonest and problematic.

The change cannot be brought by one side, shows exist because the audience want them to, and the audience gets used to what they are shown. There is a need in our entertainment industry to break this toxic cycle and tell stories of women that are more realistic, stories that do not shy away from the ugly side of life, stories that do not put silken drapes and make up over the scars of real women who live real lives.