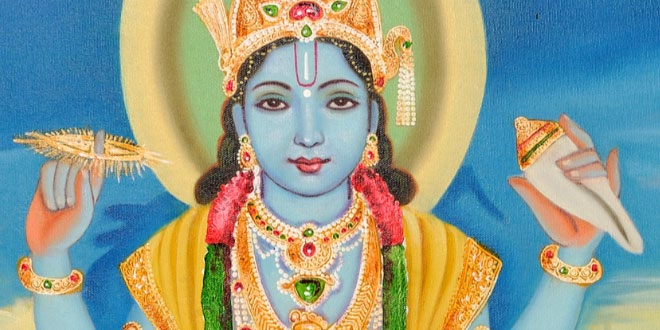 Hindu mythology believes in re-birth. Mohini Ekadashi is one of the important Ekadashis that holds great significance and importance according to Hindu Mythology. It is so called because it helps a person to get rid of all their sins that have so far been accumulated right from his previous births. Mohini Ekadashi occurs during the Shukla Paksha of Vaisakha month. Its celebrated all over India by Hindus.

On this day people observe Ekadashi Vrat (Fast) and remain without food the whole day. This day is dedicated to Lord Vishnu. The preparations for the Ekadashi starts on the previous day i.e., on Dashami. On this day people need to eat only once in the afternoon and fast for rest of the day. People set up Mandaps with Lord Vishnu’s idol . Rituals like ‘Abhishek’ is performed to Lord Vishnu and fruits are offered to him. Devotees fast throughout the day. They sleep on the floor and maintain sanctity. The Vrat comes to an end the next day i.e., on the day of ‘Dwadash’ . People believe that they should break the fast on this day by drinking milk.

The importance of this Vrat was described by Lord Krishna to Yudhisthir when Yudhishthir questioned about the most important Ekadashi. It is said that this Vrat was even performed by Lord Sri Ram in Treta Yug. When Lord Sri Ram was unable to bear the separation from Maa Sita, he was advised by sage Vasistha to perform this Vrat. After Ramji performed this Vrat, he overcame all the hurdles and brought back Maa Sita after killing Ravana.

A famous story that depicts the importance of Mohini Ekadashi was told by Rishi Vasistha to Lord Rama. The story goes like this: There was a beautiful city called Bhadravati situated on the banks of River Saraswati. King Dyutimana who belonged to Chandra Vansh, was ruling this place. Dhanapala, a devotee of Lord Vishnu also lived in the same city. He was very pious and kind hearted. He was a Vaishya by caste and worked for the welfare of the people all the time. He had five sons namely – Samana, Dyutimana, Medhavi, Sukriti and Dhrustabuddhi. The youngest son, Dhrustabuddhi was very wicked and involved in sinful activities. He neither cared for his family nor the society. He misused his father’s name and money. Fed up by his vices, Dhanapala threw him out of his house one day. Soon he was done away with all the money and ornaments that he had. His friends condemned him. He had to become a thief. Several times he was caught by the king’s men and then released. Finally the king thought of punishing him. He decided to thrown him out of the city.

Dhrustabuddhi had to leave the kingdom and had no place to go. He went into a jungle where he killed animals and drank river water to mar his hunger and thirst. He wandered like a hunter in the forests for many years. One day unexpectedly he met Rishi Kaundinya on his way . That was the month of Vaisakha and the sage was returning to his ashram after taking a bath in the holy river Ganges. Fortunately a drop of water from the sage’s clothes fell on Dhrustabuddhi and there was a change in him. He then bowed before Rishi Kaundinya and asked him to relieve him of all the sins that he had committed. He was advised by Kaundinya to follow Mohini Ekadashi Vrat. He followed Rishi’s instructions and observed the Vrat with lot of dedication. His sins were pardoned and he attained a divine body. It is believed that after his death he was taken to abode of Lord Vishnu by Garuda, his divine carrier.