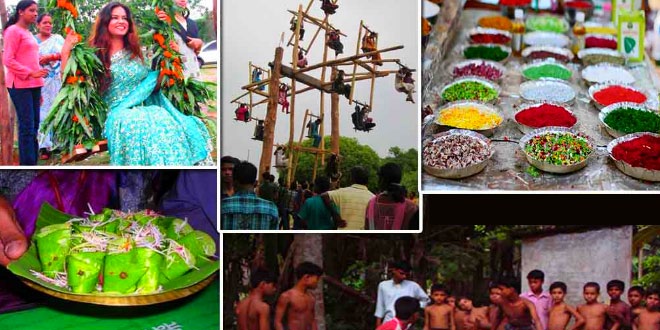 Mithuna Sankranti is celebrated marking the occasion of Sun moving into another constellation called Gemini or Mithuna. Known as Mithuna Sankramanam in South India, it is regarded as one of the most auspicious occasions as per Hindu traditions and customs. People in Orissa celebrate it as Raja Sankranti, a four day long festival consisting of several interesting activities. It marks the onset of the agricultural year all across Odisha with being referred to as Raja Parba. More specifically, people welcome first rains officially by celebrating this festival.

Mithuna Sankranti is celebrated for four days because of an interesting mythological depiction associated with it. Goddess Earth or Bhudevi is the wife of Lord Vishnu who is known to experience menstruation covering the period of initial three days. The grand celebrations is held in the form of Vasumati Gadhua, which marks the fourth and final day on which a prosperous bath is given to Bhudevi. Lord Jagannatha Temple in Puri consists of a silver idol of Bhudevi adorned with grandeur.

Unmarried girls dress in beautiful attire and celebrate Raja Parba along with their friends and family. Raja Dholi Khela is an interesting event observed as a part of the festival in Odisha during which girls wishing for a good husband get onto swings. As a part of the traditions, girls sing Raja gita and others play card games and Ludo.

The four-day festival begins with the first day observed as Pahili Raja. Several traditional events are organized such as swaying upon various swings named as Ram Doli, Dandi Doli and so on. The second day is celebrated as Raja, which is simply known as Mithuna Sankranti. Basi Raja is the third day, which marks the completion of menstruation period.

Vasumati Snan: An Ode to Bhudevi

People wearing traditional Odiya costumes observe the final day of Mithuna Sankranti by showing their gratitude to Goddess Earth. Referred locally as Bhudevi, devotees perform special pujas to seek her divine blessings apart from a sacred bath to a grinding stone. Perhaps, the stone is considered to be a replica of Bhudevi that people consider to celebrate.

It is beautifully decorated with turmeric powder, different flowers, sandalwood and vermilion. The festival bears significance to nature and womenfolk in a direct fashion. The way earth gets ready to receive early rainfall, young girls too are known to get prepared for a perfect matrimonial alliance.

Everyone looks forward to celebrate the specific event of tying rope swings to banyan trees to have a good time with their family members, relatives and friends. The whole atmosphere turns into a colorful one with girls trying to outdo each other by wearing beautiful clothes. Gotipua dances too are organized in villages reflecting typical Odiya culture. 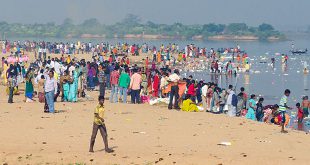