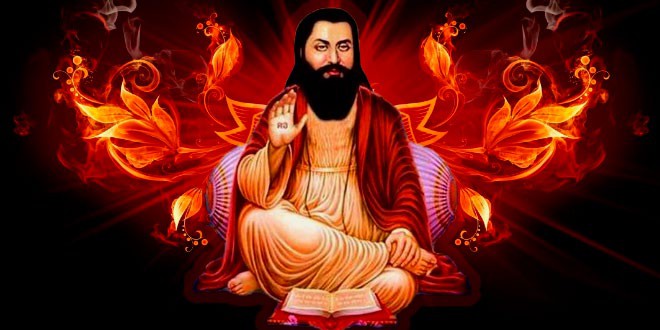 Guru Ravidas Jayanti is celebrated to observe the birthday of Guru Ravidass, the founder of Bhakti Movement. It is celebrated on Magh Purnima day, which is the full moon day of the Magh (February) month as per Hindu calendar. is observed as the most important day of Ravidassia religion. Also known as Rohidas in East India, the teachings of Ravidass during 15th century attained maximum publicity in the entire India. According to the available descriptions, it is believed that Guru Ravidas was born in Seer Govardhanpur in Varanasi (Benaras) of Uttar Pradesh. Though there is no exact date determining when Guru Ravidas was born, some believe it was in 1377 and others think it to be in 1399.

Grand celebrations are organized on the day of Guru Ravidas Jayanti each year by the devotees to show their respect for him. The day begins with the chanting of sacred hymns from Guru Granth Sahib. Later, a Nagar Kirtan is performed in the form of a gala procession bearing a huge portrait of Guru Ravidas. Devotees are known to take a holy dip in River Ganges as their mark of dedication. Adorned with colorful lights and seasonal flowers, Shri Guru Ravidass Janam Asthan Mandir in Seer Govardhanpur wears a festive look. Large number of devotees throng the temple to offer their prayers. Insightful teachings of Guru Ravidas have been framed in the form of ‘Shabds’ in Amritbani Guru Ravidass Ji.

Several incidents and personalities are related directly to Guru Ravidas for people to know about his greatness. The queen of Chittorgarh is considered to be his fond disciple. Some believe that she is Meera who got married to the King of Chittorgarh later. Brahmins of Kashi could not bear the immense popularity enjoyed by someone who belonged to the lower echelons of the society. After they complained about this to the king, an immediate meeting was organized only to honor the guru with the observation of a shobha yatra eventually. Interesting details such as those are mentioned in Ravidas Purana.

Guru Ravidas proclaimed himself to be an ardent devotee of Lord Rama besides considering himself as a staunch Vaishnava Hindu. Perhaps, he is known to describe God in several forms of Rama such as Raja Ram Chanda, Raghunath and Ram besides other names like Gobind and Madho. Guru Ravidas is credited for the naming a fictional city called ‘Begumpura’ where there are no sorrows, sins and fears with all people treated equally. Meera Bai, an ardent devotee of Lord Krishna, considered Guru Ravidas as her guru.

One day when all disciples were on their way to take a holy dip in River Ganga, Guru Ravidas expressed his inability saying that he needs to deliver shoes to one of his customers. After further insisting for the dip by another devotee, Guru Ravidas uttered these famous words “Man changa tow kathoti mein Ganga”, which means that if the heart is pure then Ganga River will be right in your bathtub.