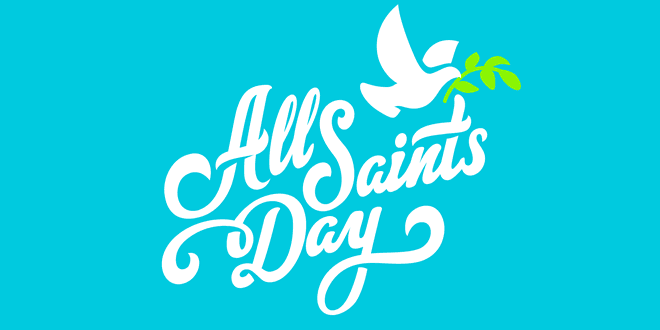 All Saints Day celebration is commonly known as the All Hallows, The Feast of All Saints, or the Solemnity of All Saints. The special day is a solemnity which is being celebrated yearly on 1st of November by the people of Western Christianity as well as on the first Sunday of November after the Pentecost by the people of Eastern Christianity. It is celebrated to honour all of the saints worldwide whether they are known or unknown.

It is the 2nd day of Hallowmas which starts during the sunrise in the month of November and ends during the sunset. It is the spiritual celebration which is celebrated with a great zeal and courage a day before the All Souls’ Day.

All saints day 2021 will be celebrated on 1st of November, at Monday.

Facts About All Saints Day

Prayer: Litany of the Saints

Why All Saints Day Is Celebrated

According to the Western Christian religion, the All Saints Day is celebrated at 1st of November to memorialize all those who have achieved the saintly vision in the Heaven. The day is celebrated as a national holiday in most of the traditional Catholic countries. The people at Catholic Church and other Anglican churches, remember the realistic personalities who have been purified and reached to heaven.

The people of other Christian traditions celebrate and respond to this day other different ways. Such as the people related to the Methodist Church, commemorate and honor the dead members of neighboring congregation.

According to the Eastern Christian religion, in the 19th century, all saints had attained immense fame during the time of the Byzantine Emperor named Leo VI “the Wise”. His wife named Empress Theophano (who had lived a religious life) is commemorated at 16th of December.

The husband of her had built a church in the memory of her after her death in order to dedicate her in 893. It is considered that he got banned doing so, that’s why he determined to bestow the same to All Saints. She is too honored and remembered during the celebration of All Saints Day. Traditionally the celebration of the day was expanded by the Leo.

The Sunday, after the Pentecost Sunday means 50 days after the Easter is set for the remembrance of all the local respected saints like All Saints of America and All Saints of Mount Athos etc. Accordingly, the 3rd Sunday after Pentecost is observed to commemorate the All Saints of St. Petersburg and New Martyrs of Turkish Yoke etc.

In the earlier centuries, the day was celebrated during Easter season even in the Eastern Churches (both Catholic and Orthodox) people celebrate it like that. The current date means 1st November was first organized as a celebration of All Saints Day by the Pope Gregory III during 731-741 only for the diocese of Rome and it was extended for the entire Church by the Pope Gregory IV during 827-844. All Saints Day is celebrated by all the Christian saints specially who have no their own particular feast days in Protestant, Roman Catholic, Anglican and other churches.

The exact date of the origin of this festival cannot be sketched with firmness as it is observed on different days in various places. However, at some places it is believes that it has origin in the pagan observation of 13th of May (means the Feast of Lemures). According to the Liturgiologists, it is believed that the origin of the day was Lemuria festival.

The celebration of the day was set at 1st of November by the declaration of the Louis, the religious, and with the consent of all bishops. The day is celebrated at 1st Sunday of November in the United Methodist Church to remember all the Saints means those who died as well as members of neighboring church congregation. There is a tradition of lighting a candle by the Acolyte and calling out the each person’s name by the clergy during the celebration. Chanting of prayers and other readings take place in the event. People at Lutheran churches concurrently celebrate All Saints Day and Reformation Day on the Sunday.

According to the Catholicism, there is a holy day of obligation at All Saints Day in most of the countries such as England, Wales and people celebrate it by gathering together.

Festival is celebrated at a graveyard in the Sanok by flowering and lighting the candles to offer honour to the deceased relatives. In the Mexico, Portugal, Spain and other countries offerings are made by the people on this day. There is a traditional performance of playing the Don Juan Tenorio in the Spain takes place. Children in Portuguese celebrate it through the Pao-por-Deus tradition in which they go door-to-door and receive nuts, cakes and pomegranates.

Traditional celebration takes place by the Filipinos in which they visit the problems of relatives of deceased person, offer prayers, flowers, lit candles and etc. Which is now has been replaced by them as spending the day at graveyard near the loved ones. They sing song using musical instruments, burn fire crackers and do other rituals. People in France, Hungary, Argentina, Chile, Austria, Belgium, Italy, Malta, Peru, Portugal, Puerto Rico, Lebanon, Luxembourg, Spain and America are used to offer flowers at the graves of relatives who died. In some countries people lit candles too.

In some other English speaking countries the day is celebrated traditionally with the chant “For All the Saints” by the William Walsham How for which the special tune is “Sine Nomine” by the Ralph Vaughan Williams. Another tune which is commonly sung during this day is “I Sing a Song of the Saints of God”.

What do people do on All Saints Day:

In the France, the day is celebrated in the church to memorialize all the saints however, in the evening their focus twirls towards the dead. At this day, cemeteries are cleaned up, decorated and getting packed with people. At this day there is public holiday in most of the countries including Bolivia, Germany, Hungary, Parts of Switzerland, Austria, Italy, Liechtenstein, Croatia, France, Portugal, Spain, Belgium, Chile, Sweden (1st Saturday of the November), The Philippines and Poland.

Why do Catholics pray to Saints: 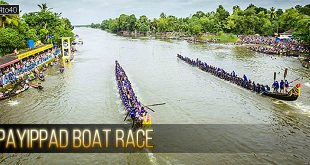