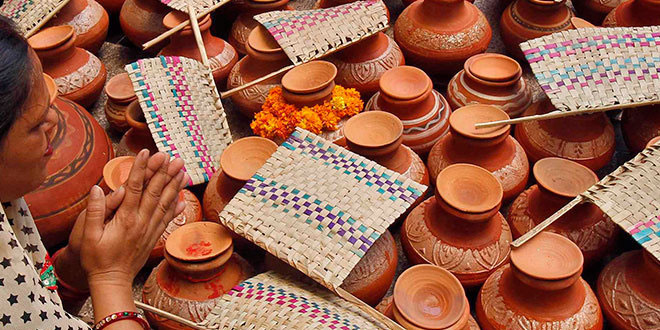 Nirjala Ekadashi Vrat: According to Markandeya Purana, the Harivansh canto influences the greatness of Ekadashis. There are twenty four ekadashis those are observed throughout the year within the Shukla (bright) and Krishna (dark) phases of the months. The Ekadashi that falls during the bright half of Jyeshta month is considered as the most auspicious “Nirjala Ekadashi”.

The fast performed during this day is most strict as even drinking water is prohibited while performing it and that is why the day is called Nirjala Ekadashi. The word Nirjala – is made of two Hindi words “Nir” which means No and “Jal” means Water.  It is said that by performing this single Ekadashi’s fast, the advantage of all other Ekadashis corresponds.

During the era of Mahabharata, once Maharishi Vyas visited the Pandavas and Bhima asked a question to him that all his four brothers and mother Kunti and wife Draupadi observed the fast of all Ekadashis and asked him also to perform the same but he showed his inability and requested Maharishi Vyas to forgive him from all the twenty four Ekadashis fasts as by not performing those he would be part of immoral act. Then Maharishi Vyas said that, there is a fire named “Brik” inside him and was not satisfied until he ate enough food to beat hunger. Therefore he can perform only one Ekadashi of Jyeshta month despite of all the twenty four Ekadashis of the year and will get the fruit of all the occasions but he need to keep this Nirjala Ekadashi throughout the life. Bhima performed the fast with an ease but on the morning of very next day he became unconscious. Then he offered water of river Ganga with Tulsi to end up his day long strict fast. Since then it is also observed as the “Bhimseni Ekadashi“.

In general terms, while performing the fast of Nirjala Ekadashi, Jagran or night prayer is observed in most of the temples in India as well as across the world where ever Indians live. Ceremony of “Jaldan” (donate water through camps) starts from the day of Ekadashi itself where devotees organized the camps of syrups, soft drinks and water on the roads in burning heat of Jyeshta  month. Married women also perform the fast with full devotion and belief.

As per the Hindu mythological observations, fast of Nirjala Ekadashi should be observed by all the people of society with full belief and dedication. On this day after the rituals of bathing etc one should sit in an isolated place in order to make concentrations of Lord Vishnu, lying on Shesh Shaiya and do recitation of “Om Namah Bhagvate Vasudevay Namah“. Being dehydrated throughout the day, one should perform Bhajans and meditations in night which is inevitable. Sleeping in night should be completely denial on this particular day and after performing night vigil person should take bath on next day morning of twelfth day. After bath, donate food, clothes, fruits, sherbet, milk etc. then person can break fast by drinking sherbet once the endowment of all items done.