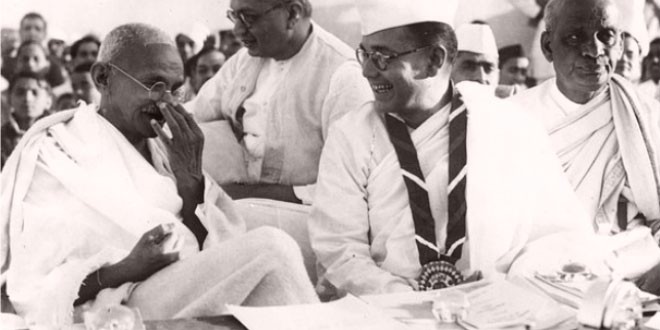 In an interview to BBC in February 1955, Babasaheb elucidated the reason why the British left India in 1947. Subsequently, Attlee agreed Netaji was the toughest challenge the Empire faced. Several defence and intelligence experts agreed, too.

Bose Not Gandhi Ended British Rule – Why even after 70 years of his disappearance the people of India are so keen on finding out the truth about Netaji Subhas Chandra Bose? A part of the answer has to do with what Netaji did for us.

Declassified records, testimonies of those who had a ringside view of events coupled with sheer commonsense make it quite evident that Netaji dealt a body blow to the British Raj. As such, for us to brush under the carpet the poignant issue of his fate — how and where he actually died — would constitute a gross affront to his memory and all those associated with him.

For reasons political, the authorities in India will never acknowledge the paramount role of Netaji in forcing the colonial British to transfer the power in 1947. Perhaps one has heard about it from someone in the family already. In a nutshell, there was not much freedom “fight” going on in India in when the Second World War started in 1939. While Bose saw in it the opportunity of a lifetime and he wanted the Congress to serve a six-month ultimatum on the British to leave India, the party under Mahatma Gandhi’s lead would not do anything to increase pressure on the colonial authorities.

Ousted from the Congress, Bose left India and became the head of the Indian National Army. Many in India still scoff at the INA, contrasting it with the professional well-trained, much bigger Indian Army, ignoring the odds Bose had overcome to organise it in such a short time.

As the INA geared up to take on the British Indian Army in battlefields, the Mahatma launched the Quit India movement in 1942, which was similar to what Bose had demanded in 1939. The movement was launched in right earnest. But, unfortunately, it was crushed within three weeks and, in a few months, it was all over.

That Gandhi did wonders for India is true. But to say that the Quit India movement led to Independence would be stretching it too far. So what really clicked? A most logical explanation was given by Babasaheb Bhimrao Ramji Ambedkar, whose birth anniversary we are observing today.

In a no-holds-barred interview with BBC’s Francis Watson in February 1955, Babasaheb elucidated the reason why the British left India in 1947.

“I don’t know how Mr Attlee suddenly agreed to give India independence,” wondered Ambedkar, recalling then British Prime Minister’s decision to agree to the transfer of power in 1947. “That is a secret that he will disclose in his autobiography. None expected that he would do that,” he added.

In October 1956, two months before Ambedkar passed away, Clement Attlee disclosed in a confidential private talk that very secret. It would take two decades before the secret would trickle into the public domain.

Babasaheb would not have been surprised with Sir Attlee’s admission, for he had foreseen it. He told the BBC in 1955 that from his “own analysis” he had concluded that “two things led the Labour party to take this decision” [to free India].

Ambedkar continued: “The national army that was raised by Subhas Chandra Bose. The British had been ruling the country in the firm belief that whatever may happen in the country or whatever the politicians do, they will never be able to change the loyalty of soldiers. That was one prop on which they were carrying on the administration. And that was completely dashed to pieces. They found that soldiers could be seduced to form a party — a battalion to blow off the British.”

Today, as we assess the other data on record and factor in the views of experts ranging from National Security Advisor Ajit Doval and Major General GD Bakshi, Babasaheb’s words ring nothing but true.

Sir Norman Smith, Director, Intelligence Bureau, noted in a secret report of November 1945: “The situation in respect of the Indian National Army is one which warrants disquiet. There has seldom been a matter which has attracted so much Indian public interest and, it is safe to say, sympathy… the threat to the security of the Indian Army is one which it would be unwise to ignore.”

Lt General SK Sinha, former Governor of Jammu & Kashmir and Assam, one of the only three Indian officers posted in the Directorate of Military Operations in New Delhi in 1946, made this observation in 1976. “There was considerable sympathy for the INA within the Army… It is true that fears of another 1857 had begun to haunt the British in 1946.”

Agreeing with this contention were a number of British MPs who met British Prime Minister Clement Attlee in February 1946. “There are two alternative ways of meeting this common desire (a) that we should arrange to get out, (b) that we should wait to be driven out. In regard to (b), the loyalty of the Indian Army is open to question; the INA have become national heroes…”

Even in his ‘defeat’, Netaji delivered a massive blow to the British rule in India. And then when India needed him most, he ‘disappeared’.

Don’t we owe it to Subhas Bose to know what became of him, now that we know so much that the previous generations did not?

(Below: Ambedkar’s interview to BBC. He talks about Bose and INA 09:40 onwards.)

Previous What is Dusshera? 10th Day of Navratri
Next Ambedkar Jayanti Coloring Pages For Students 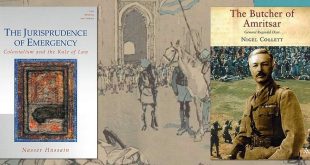 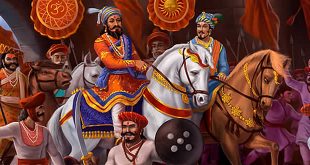 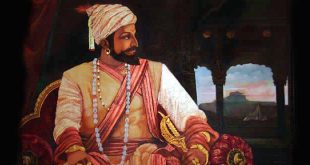 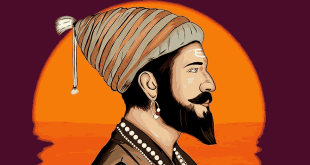 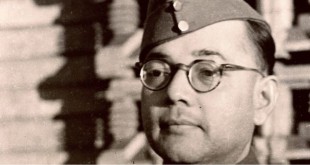 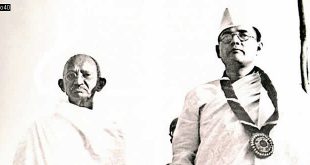