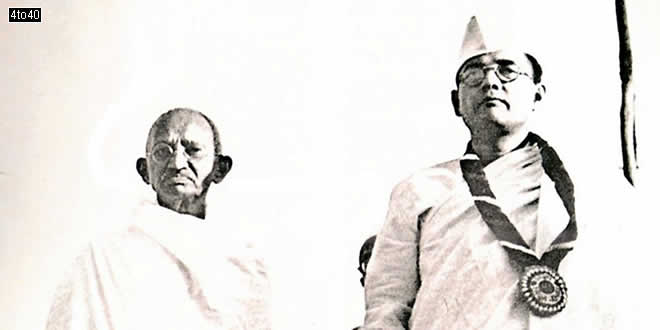 On refusing the follow the party line, after resigning as the President of AICC, in the month of August same year, Bose was disqualified as President of Bengal’s Provincial Congress Committee as well for three years on the charges of indiscipline

The way history of India has been written post-independence, it is rare to find a post-independence historian to write anything praiseworthy about any freedom-fighter who is not from the clan which appropriated India as its fiefdom. If Nehru is to be considered as the protagonist of India freedom story, not only Subhas Chandra Bose, Vallabhbhai Patel, Ram Prasad Bismil, Veer Savarkar, anyone who was not Nehru will be what in literary terms is called a foil. Not much has been written after independence from non-Nehru perspective.

Congress, before independence, for a long time, before it became a privately-held entity under Gandhi, was more of an amalgamation of floating ideologies than a political party. The way strong personalities interacted and struggled with each other would make an interesting study, though very less has been written on it. Writing on internal politics of the Indian National Congress has been studiously avoided by the later-day scholars for the fear of offending the ruling royals of the Congress. These idols of independent India do not come out a winner in the face of the illuminating intellect of Tilak, non-negotiable nationalism of Bose or uncompromising courage of Bismil. Let us look at the stint of Subhas Chandra Bose in Congress, strangulated and stifled as it might have been for him.

Within Congress, the contrast could not have been deeper and the competitive streak could not have been more defined than that between Bose and Nehru. Both were of the same age, and from a similar aristocratic background. Bose, unlike other great leaders, did not suffer the lack of pedigree when placed next to Nehru. In reality, Bose with his scholarly background, Civil Services selection stood an inch over Nehru, who at least till that time was still struggling to find a way out of the shadow of a successful and rich Father.

Gandhi was a great leader, unified India, and played the great game of mixing religion with politics, thereby appealing to the masses with a mystic appeal. Still, the fact remains that Gandhi had pronounced dictatorial tendencies. As the party became more and more dependent on Gandhi for direction, and even survival, he became more and more adamant about imposing his will over the party. Nehru too started as a rebel young son to a rich friend of Gandhi committed to communism, but with his internal contradictions of character, he was quickly tamed by Gandhi.

Subhas and Nehru started as friends, Subhas appreciative of the sway Nehru held in the Congress and over Gandhi. Looking forward to enlist support of Nehru, who Bose considered his fellow comrade in the path of complete independence, he wrote on 4th of March, 1936- “you are the only one to whom we can look up for leading the Congress in a progressive direction. Moreover, your position is unique, and I think even Mahatma Gandhi will be more accommodating towards you than towards anybody else.” By then, Nehru had already served as Congress President once, in 1929-30 and was up for the second tenure. Gandhi’s affection for Nehru was well-known.

Right after Nehru’s first presidency of Congress, Sitaramaiyya had quoted Young Indian and mentioned Gandhi as Nehru’s foster father. (His father Motilalji gave him pride and prejudice. His foster father Gandhi gave him his prudence). Bose by then was pretty disheartened by the dithering of Congress on the matter of Independence of India. In his book “Fundamental Questions of Indian Revolution” Netaji writes, “In December 1928, a resolution was passed by the Congress by 1300 to 900 Votes, which put back the clock by definitely committing the Congress to the acceptance of dominion status…The resolution of Calcutta Congress gave the British Government one year’s time within which they could offer Dominion status to India. By 1936, Bose was quite disenchanted with the Congress under Gandhi and hoped to get help from Nehru in reigniting the fire of independence.

However, on 29th of January, 1939, Subhas Bose was appointed the president of Congress, having defeated Pattabhi Sitaramaiya, 1580 to 1377 Votes. Gandhi, dropping all the pretence of neutrality than declared that Sitaramaiyya’s defeat is my defeat. The old guard and Gandhi loyalists got to work almost immediately blocking the newly-appointed President at every step. Possibly it was due to the disenchantment with the leadership of Nehru-Gandhi that Bose decided to himself step in. Nehru had lost his initial vigour for independence and socialism ever since he was handed over the Congress Presidency in 1929 and later in 1936-37. Sitaramaiyya mentions that in all these years, Netaji largely kept to himself and maintained a bipartisan position on most matters. He writes that only towards the end of September, 1938 it came to notice that Subhas babu was keen to become President of Congress at Tripuri. Gandhi was keen to have Maulana Abul Kalam Azad as the next president and in his absence, Sitaramaiyya was his second choice. However, later Maulana withdrew and the contest was between Sitaramaiyya and Subhas.

The declaration of Gandhi claiming Sitaramaiyya’s loss as his own created unrest in the rank and file of the Congress. Immediately after, in Tripuri Congress, a resolution was brought in by Shri Govind Ballabh Pant, supported by 160 signatories stating “The committee declares its firm adherence to the fundamental policies of the Congress which have governed its programme in the past years under the guidance of Mahatma Gandhi and is definitely of the opinion that there should be no break in these policies and they should continue to govern the Congress policies in future. This diluted the powers of appointed President, leaving Bose with nor room to give any new direction to the organization.

The resolution went further and stated, “..the fact that Mahatma Gandhi alone can lead the Congress and the country to victory during such crisis, the Committee regards it as imperative that the Congress Executive should command his implicit confidence and requests the President to nominate Working Committee in accordance with the wishes of Gandhiji”. Not one to take things lying down, Bose wrote to Gandhiji. Subhas wrote to Gandhi on 25th March, 1939- “What exactly is the position of President? Article XV of the Congress Constitution confers certain powers on the President in the matter of appointing the Working committee.”

Stifled and crippled as a notional president, Subhas Bose resigned later that year in September, 1939. Subhas had also fell apart from Nehru by this time. On 28th March, 1939, He wrote to Nehru, “I may tell you that since the Presidential election, you have done more to lower me in the estimation of the public than all the twelve ex-members of the Working Committee put together.” Here he made that famous remark on Nehru and his commitment to socialism. He wrote, “You are in the habit of proclaiming that you stand by yourself and represent nobody else and that you are not attached to any party. At the same time you call yourself a Socialist- sometimes a full-blooded Socialist. How a socialist can be an individualist as you regard yourself, beats me. The one is anti-thesis of the other.”

That his assessment was true is confirmed in a self-portrait written by Nehru anonymously. Nehru wrote in Modern Review, November, 1939 “Men like Jawaharlal with all their capacity for great and good work are unsafe in a democracy. A little twist and Jawaharlal might turn a dictator sweeping aside the paraphernalia of a slow-moving democracy. Jawaharlal is certainly not a fascist either by conviction or temperament. He is far too much of an aristocrat for the crudity and vulgarity of fascism. And yet he has the makings of a dictator in him. His overmastering desire to get things done, to sweep away what he dislikes and build anew, will hardly brook for long the slow process of democracy.” These dictatorial tendencies came into play much later in full when he took over as the Prime Minister of India, turning himself into a singular power center between the Government and the Party.

On refusing the follow the party line, after resigning as the President of AICC, in the month of August same year, Bose was disqualified as President of Bengal’s Provincial Congress Committee as well for three years on the charges of indiscipline. Free from the limitations of party policies and politics, Bose went in for an open challenge to the British rule. On 19th March, 1940, he presided in an All India Anti-Compromise Conference at Ramgarh Bihar organized by Swami Sahajanand Saraswati where he expressed his anguish at the compromising nature of the Congress- “As soon as the war began, Mahatma Gandhi proceeded to Shimla without caring to consult the Congress Working Committee and informed HE the Viceroy that he was in favor of rendering unconditional help to Great Britain in the prosecution of war.”

He organized a protest against the fake narrative of the British claiming that around 160 British were pushed into a small room by Nawab Sirajuddaula where many died. This was based on the accounts of General Holwell. Netaji was arrested on 2nd of July, 1940. He went on hunger strike in captivity and was later released in November, 1940. All this while he continued to urge Congress to launch Civil disobedience. On May 20th, 1940, Nehru made a statement that Launching a civil disobedience at a time when Britain is engaged in life and death struggle would be an act derogatory to India’s honour. Mahatma also refused to join in claiming that he did not want to win independence from the ruins of Britain.

Netaji escaped and fled India in January, 1941, later to emerge as the Commander-in-Chief of Azad Hind Fauz, an audacious attempt to liberate India from the colonial rule with Military means. While the mission itself failed, the failed fire did carry enough cinders to ignite the fires of Sailor mutiny during the Quit India movement, the following year. Protests in support of INA in Kolkata saw the death of 40 in Police firing and that in Mumbai of 23.

Pattabhi Sitaramayya brilliantly captures the difference between Gandhi and Bose when he writes- “With Gandhi Means are Ends. With Subhas Ends are Means. They were two polar opposites. Gandhi is moved by instincts. Subhas was guided by reason.”

Subhas Chandra Bose’s struggle while within Congress was a statement against the highly personalized high-command structure and dictatorial grip Gandhi held over Congress amid all the pretence of democracy. While there are many theories of whether or not Bose survived the plane crash on 18th of August, 1945, what Netaji meant to India is captured in the words of Pattabhi Sitaramayya, who writes:

“There is widely felt disinclination to believe this story of Subhas babu’s death, which is traced to Japanese sources. His position after the conclusion of the war has become a matter of anxious inquiry all around. If he was dead, this anxiety would be submerged by the flood tide of sorrow that overcame the country. If he was alive, the halo around this mystic would become deeper and brighter.” 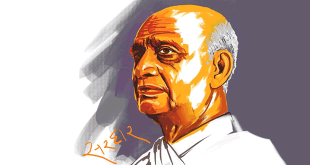 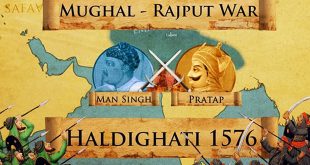 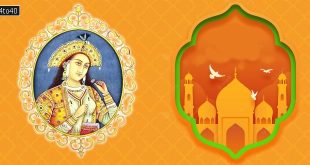 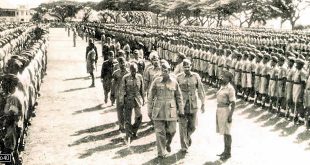