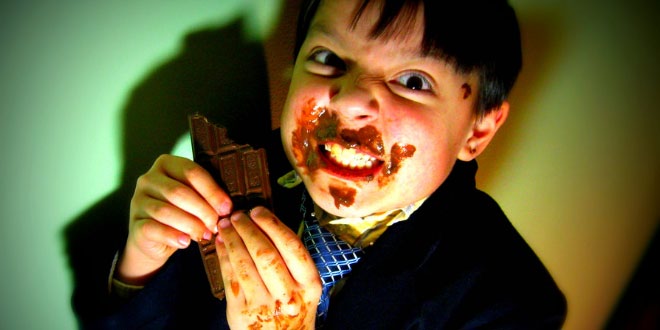 Why does your kid cry for sweets all the time

Children love sweets, but have you ever wondered why some kids want more sugary food? It could be because they need more sugar to get that same sweet taste, suggests new research.

“Some children are twenty times better at detecting sugar than others,” said study author Danielle Reed from Monell Chemical Senses Centre, a non-profit independent scientific institute in the US.

“As sugar becomes more restricted and even regulated in children’s diets, the less sugar-sensitive children may get less of a ‘sweet signal’ and, therefore, have a harder time dealing with sugar reduction,” Reed said.

In the study, the researchers determined the sweet taste threshold, defined as the lowest detectable level of sucrose, of 216 healthy children between the ages 7 and 14.

Each child was given two cups, one containing distilled water and the other containing a sugar solution and asked to indicate which contained a taste.

The most sensitive child required only 0.005 teaspoon of sugar dissolved in a cup of water to detect sweetness, whereas the least sensitive needed three teaspoons to get the same sensation.

Genotype analyses revealed that sucrose thresholds and sensitivity were related to variation in the bitter receptor gene, but not in the two sweet receptor genes.

Dietary records revealed that children having this same bitter-sensitive gene variant consume a higher percentage of their daily calories as added sugar.

“We were surprised to find that sweet taste sensitivity and sugar consumption were related to a bitter receptor gene,” Reed noted.

The researchers also found that increased body fat was associated with greater sensitivity to sweet taste.

The study was published online in the journal Nursing Research.