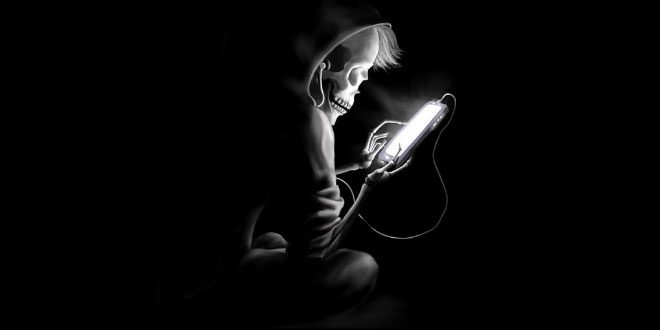 Seeing too much of Smartphone, Laptop or TV Screen – will hamper sleep

Even an hour of night-time light exposure – like from a smartphone, a TV or a tablet – can hamper the release of the sleep hormone in young teenagers, a new study warns.

Researchers from Rhode Island’s Brown University found that the sleep biology of boys and girls aged nine to 15 and in the earlier stages of puberty were especially sensitive to light at night compared to older teenagers.

In lab experiments, researchers found that bright screens at night suppressed the production of the sleep-timing hormone melatonin significantly more in young teenagers than the same light exposure did for teenagers aged 11 to 16, who were farther into puberty.

The brighter the light in the experiments, the more melatonin was suppressed.

The effects were the same for boys and girls.

“Small amounts of light at night, such as light from screens, can be enough to affect sleep patterns,” said senior study author Mary Carskadon, professor of psychiatry and human behaviour.

Students who have tablets or TVs or computers – even an ‘old-school’ flashlight under the covers to read – are pushing their circadian clocks to a later timing.

“This makes it harder to go to sleep and wake up at times early the next morning for school,” Carskadon noted.

Children and their parents should limit use of screens at bedtime, the authors noted in a paper appeared online in the Journal of Clinical Endocrinology and Metabolism.