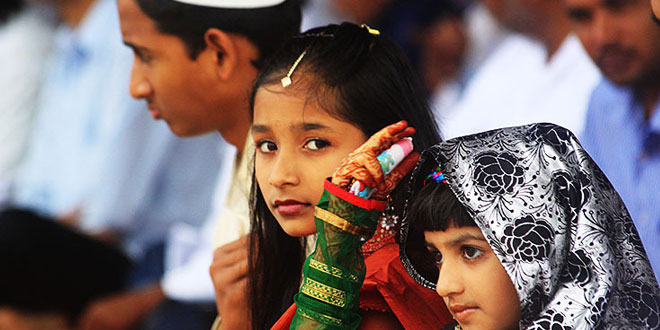 Eid-ul-Fitr Prayers for Students And Children

Eid-ul-Fitr prayers are obligatory for every Muslim and are meant to be offered in congregation. However, in the contemporary celebrations of the festival, many Muslims also pray individually. After the moon of Shawwal is sighted on the last day of Ramadan, the Takbir is recited. The time for Eid prayers is from sunrise till Zuhr. It is also recommended to offer Eid prayers in open areas. After the prayers are completed, it is customary to embrace the person sitting next to you, on the left as well as right. The article comes up with the prayers exclusively meant for the occasions of Eid ul Fitr.

The National Command and Operations Centre (NCOC) has issued guidelines for Eid-ul-Fitr prayers in a bid to curb the spread of coronavirus, a statement from the body said.

A session was held today with Federal Minister for Planning and Development Asad Umar in the chair. Special Assistant to Prime Minister on Health Dr Faisal Sultan also joined the session via video link.

The meeting was held to take a review of mobility control measures being implemented across the country from May 8 – 16.

“In the wake of ongoing restrictions imposed till May 16, 2021, [the] forum urged for greater national resolve by adhering to SOPs to reduce the spread of the pandemic,” the statement from the NCOC said.

The forum urged the nation to stand united and firm to support these steps undertaken for the well-being of the Pakistani people.