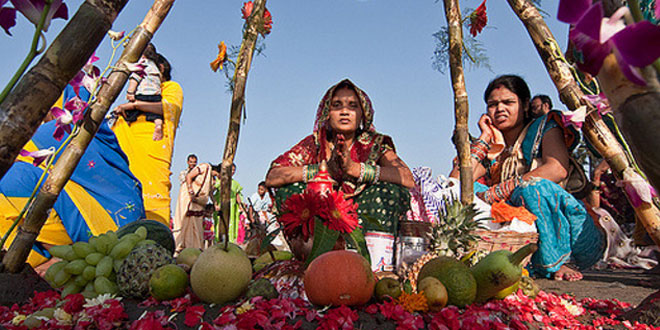 Chhath Puja Recipes: Chhath Festival Traditional Recipes – Chhath Puja, also known as Surya Shashti or Chhathi, is a prominent Hindu festival celebrated in the Northern states of India, namely Bihar, Uttar Pradesh and Jharkhand. The four day festival includes several traditional rituals like holy bathing, fasting and standing for hours in water making offerings to the Sun God. Chhath Puja is performed to please Sun God to ensure prosperity and happiness in future. The second day of the festival, also known as Kharna, involves devotees to observe a fast for whole day, which they break late in the evening after worshiping Mother Earth. The common delicacies offered and distributed on this occasion include Rasiao-kheer (rice delicacy), puris and fruits like bananas. Apart from kheer, which is an immensely popular dish during Chhath Puja, another important sweet dish prepared in this occasion is thekua. Read further to learn some common and widely popular dishes of kheer and thekua.