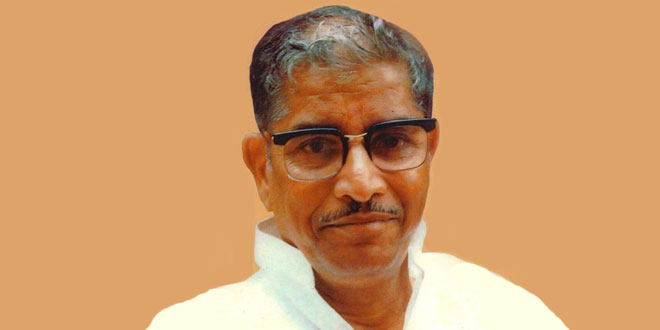 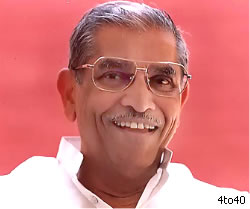 Pandurang Shastri Athavale was born on 19th October 1920, in the Roha village near Mumbai city. His grandfather was Laxman Rao, a renowned scholar and Brahmin who was involved in the spread of Bhagavad Gita amongst the Dalits. Pandurang grew up watching his grandfather go to the Dalit area and then take a bath after coming back home. Surprised by this act, he asked Laxman “If in the Bhagavad Gita the Lord exclaims that God exists within all human hearts, then how can anyone, including the so-called ‘untouchables’, be considered inferior to anyone else?”

After that, he made a vow to himself that he would always try to see the God within others. Hence, he became the proponent of the concept of “In-dwelling God”. By the age of 22 years, Pandurang Shastri Athavale started giving discourses at the Shrimad Bhagavad Gita Pathshala, a school that was set up by his father. In the year 1954, he attended the Second World Religions Conference, which was held in Japan. At the conference, he delivered a speech on the concepts of Vedic ideals as well as the teachings of the Bhagavad Gita.

Even though most of the people rebuffed his views; there was one person who was very impressed with him. He was Dr. Wilson Compton, who then offered Pandurang a post in the USA to spread his ideas and views. However, Pandurang politely turned down the offer. He then devoted himself in establishing a model community, through the spread of Vedic thoughts and message of the Bhagavad Gita. Thus was born the Swadhyay (meaning ‘self study’) Movement, which spread the message of the holy book not only in India, but the whole world.

The family members of the Swadhyay Pariwar are called ‘swadhyayees’ and include people from the upper as well as the lower classes. The Swadhyayees who spread the ideas of Athavale throughout the country are known as “Krutisheels’ or the people of action. Pandurang Shastri Athavale also founded an institute, known as Tatvagyan Vidhyapeeth, where young people study and learn his views and ideas. Pandurang left for the holy abode on 25th October 2003, in Mumbai. His adopted daughter, Jayshree Talwalkar, is carrying on his work today.