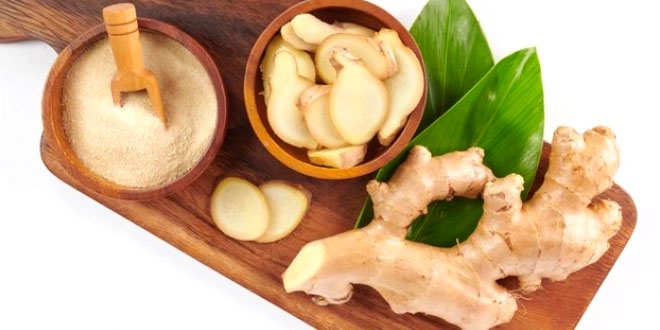 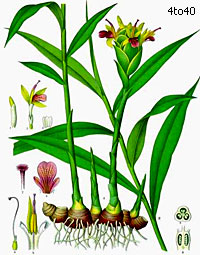 Zingiber Officinalis (Ginger) is a tuber which is consumed whole as a delicacy, medicine, or spice. It is the rhizome of the plant Zingiber officinale. It lends its name to its genus and family (Zingiberaceae). Other notable members of this plant family are turmeric, cardamom, and galangal.

Ginger cultivation began in Asia and is now also grown in India, West Africa and the Caribbean. It is sometimes called root ginger to distinguish it from other things that share the name ginger.

Though it is grown in many areas across the globe, ginger is “among the earliest recorded spices to be cultivated and exported from southwest India”. India holds the seventh position in ginger export worldwide, however is the “largest producer of ginger in the world”. Regions in southwest and Northeast India are most suitable for ginger production due to their warm and humid climate, average rainfall and land space.

Ginger has the ability to grow in a wide variety of land types and areas, however is best produced when grown in a warm, humid environment, at an elevation between 300 and 900 m (1,000 and 3,000 ft), and in well-drained soils at least 30 cm deep. A period of low rainfall prior to growing and well-distributed rainfall during growing are also essential for the ginger to thrive well in the soil.

Ginger produced in India is most often farmed through homestead farming. Since most ginger crops are produced on homestead farms, the farm employees are mostly family members or other local members of the community. Gendered roles within ginger farming are distributed quite evenly and fairly. From land preparation to seed storage, all works of ginger cultivation in India are generally done by both female and male farmers. Male farmers are widely known as the ones who purchase seeds, do the ploughing, and mulching, while female farmers usually do weeding and both genders share the work of hoeing, digging, planting, manure application, and harvesting. This being said, since these farms are family run the distribution of work is more dependent on the family situation rather than gender. For example, if there are more men in the family then there would be more men working on the farm, but if there are an equal number of men and women, or less men than woman then there would be more women seen working on the farm. Who does the selling of the ginger varies throughout different cities and states in India. In Meghalaya, Mizoram, and Nagaland (all in the Northeast of India) woman are important benefactors in the sale of ginger, but in Sikkim which is also in the Northeast region, men play a larger role than women do in the sale of ginger.

Ginger is a common spice used worldwide, whether for meals or as a folk medicine. Ginger can be used for a variety of food items such as vegetables, candy, soda, pickles, and alcoholic beverages.

Ginger is a fragrant kitchen spice. Young ginger rhizomes are juicy and fleshy with a mild taste. They are often pickled in vinegar or sherry as a snack or cooked as an ingredient in many dishes. They can be steeped in boiling water to make ginger herb tea, to which honey may be added. Ginger can be made into candy or ginger wine.

Mature ginger rhizomes are fibrous and nearly dry. The juice from ginger roots is often used as a seasoning in Indian recipes and is a common ingredient of Chinese, Korean, Japanese, Vietnamese, and many South Asian cuisines for flavoring dishes such as seafood, meat, and vegetarian dishes.

Fresh ginger can be substituted for ground ginger at a ratio of six to one, although the flavours of fresh and dried ginger are somewhat different. Powdered dry ginger root is typically used as a flavoring for recipes such as gingerbread, cookies, crackers and cakes, ginger ale, and ginger beer. Candied ginger or crystallized ginger, known in the UK as “stem ginger”, is the root cooked in sugar until soft, and is a type of confectionery. Fresh ginger may be peeled before eating. For longer-term storage, the ginger can be placed in a plastic bag and refrigerated or frozen.