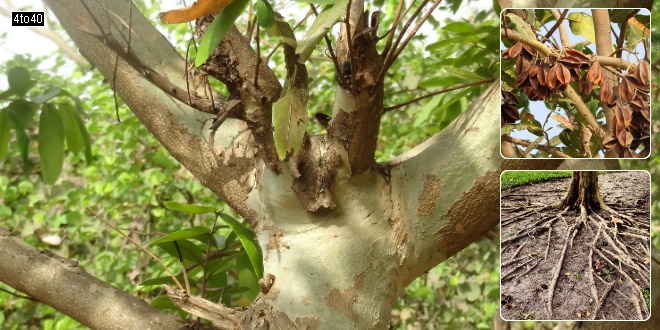 Terminalia Arjuna is a medicinal plant of the genus Terminalia, widely used by Ayurvedic physicians for its curative properties in organic / functional heart problems including angina, hypertension and deposits in arteries. According to Ayurvedic texts it also very useful in the treatment of any sort of pain due a fall, ecchymosis, spermatorrhoea and sexually transmitted diseases such as gonorrhoea. Arjuna bark (Terminallia arjuna) is thought to be beneficial for the heart. This has also been proved in a research by Dr. K. N. Udupa in Banaras Hindu University’s Institute of Medical Sciences, Varanasi (India). In this research, they found that powdered extract of the above drug provided very good results to the people suffering from Coronary heart diseases.

Research suggests that Terminalia is useful in alleviating the pain of angina pectoris and in treating heart failure and coronary artery disease. Terminalia may also be useful in treating hypercholesterolemia. The cardioprotective effects of terminalia are thought to be caused by the antioxidant nature of several of the constituent flavonoids and oligomeric proanthocyanidins, while positive inotropic effects may be caused by the saponin glycosides. In addition to its cardiac effects, Terminalia may also be protective against gastric ulcers, such as those caused by NSAIDs. The leaves of this tree are also fed on by the Antheraea paphia moth which produces the tassar silk (Tussah), a form of wild silk of commercial importance.

Ancient Indian physicians used the powdered tree bark of Terminalia arjuna for alleviating “hritshool” (angina) and othercardiovascular conditions. Its stem bark possesses glycosides, large quantities of flavonoids, tannins and minerals. Flavonoids have been detected to exert antioxidant, anti-inflammatory and lipid lowering effects while glycosides are cardiotonic, thus making Terminalia arjuna unique amongst currently used medicinal plants. In this review an attempt has been made to discuss various aspects of its ethnomedical, pharmacognostical, phytochemical, pharmacological and clinical relevance to cardiovascular conditions.

Experimental studies have revealed its bark exerting significant inotropic and hypotensive effect, increasing coronary artery flow and protecting myocardium against ischemic damage. It has also been detected to have mild diuretic, antithrombotic, prostaglandin E2 enhancing and hypolipidaemic activity. There is ample clinical evidence of its beneficial effect in coronary artery disease alone and along with statin. Considering its anti-ischemic activity and its potential to correct dyslipidemia, reduce left ventricular mass and increase left ventricular ejection fraction; proposition to administer Terminalia arjuna along with statins deserves to be explored in depth for defining its place in the over all management and prevention of coronary artery disease.