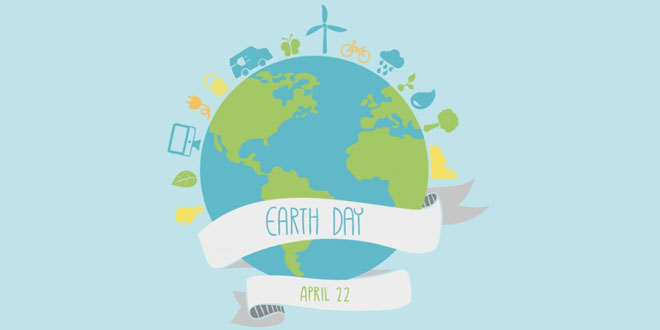 World Earth Day Quiz: Earth Day is an annual event celebrated on April 22. Worldwide, various events are held to demonstrate support for environmental protection. First celebrated in 1970, Earth Day events in more than 192 countries are now coordinated globally by the Earth Day Network. Here we have some basic questions (with multiple-choice answers) about earth. Please try…
Get Started!

Many countries have been celebrating “Earth Day” since 1970, decades before the introduction of “International Mother Earth Day”. The initiative to celebrate Earth Day was taken by Gaylord Nelson – the senator of California in 1969.

An oil spill on the coast of California on January 28, 1969 which killed thousands of marine animals, invoked the then senator Gaylord Nelson to take action. He called in a forum to discuss the issue of environment and the human impacts on it; surprisingly his first tech in on 22nd April 1970 was attended by 20 Million people.

In 2005 the United Nations General Assembly declared 2008 as the “International Year of Planet Earth”. The day was adopted with a view to promote education of earth sciences, acknowledging its importance in sustainable use of natural resources as well as for sustainable development.

Noting the fact that many countries have been celebrating Earth Day on 22nd April; Bolivia under its then President, Evo Morales Ayma, introduced a resolution to celebrate 22nd April as “International Mother Earth Day”. The resolution was backed by over 50 member states, and was adopted by the UN General Assembly on 22nd April 2009.

The inaugural function of “International Mother Earth Day” was celebrated in 2010; since then it us being observed annually across the globe.