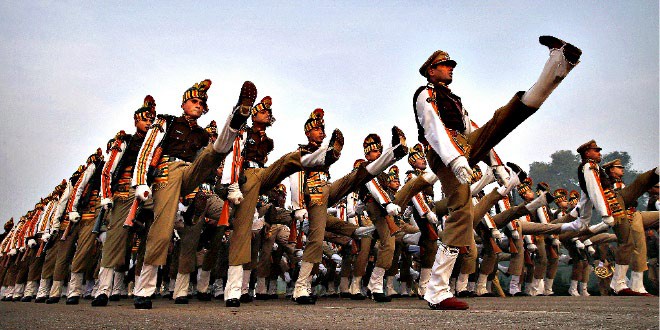 Indian Republic Day – 26th January 1950 is one of the most important days in Indian history as it was on this day the constitution of India came into force and India became a truly sovereign state. In this day India became a totally republican unit. The country finally realized the dream of Mahatma Gandhi and the numerous freedom fighters who, fought for and sacrificed their lives for the Independence of their country. So, the 26th of January was decreed a national holiday and has been recognized and celebrated as the Republic Day of India, ever since.

Today, the Republic Day is celebrated with much enthusiasm all over the country and especially in the capital, New Delhi where the celebrations start with the Presidential to the nation. The beginning of the occasion is always a solemn reminder of the sacrifice of the martyrs who died for the country in the freedom movement and the succeeding wars for the defense of sovereignty of their country. Then, the President comes forward to award the medals of bravery to the people from the armed forces for their exceptional courage in the field and also the civilians, who have distinguished themselves by their different acts of valour in different situations.

To mark the importance of this occasion, every year a grand parade is held in the capital, from the Rajghat, along the Vijaypath. The different regiments of the army, the Navy and the Air force march past in all their finery and official decorations even the horses of the cavalry are attractively caparisoned to suit the occasion. The creme of N.C.C cadets, selected from all over the country consider it an honour to participate in this event, as do the school children from various schools in the capital. They spend many days preparing for the event and no expense is spared to see that every detail is taken care of, from their practice for the drills, the essential props and their uniforms.

The parade is followed by a pageant of spectacular displays from the different states of the country. These moving exhibits depict scenes of activities of people in those states and the music and songs of that particular state accompany each display. Each display brings out the diversity and richness of the culture of India and the whole show lends a festive air to the occasion. The parade and the ensuing pageantry is telecast by the National Television and is watched by millions of viewers in every corner of the country.

The patriotic fervor of the people on this day brings the whole country together even in her essential diversity. Every part of the country is represented in occasion, which makes the Republic Day the most popular of all the national holidays of India.

The Jawaharlal Nehru University (JNU) is all set to celebrate Republic Day after the long-drawn violence and tensions that had taken the campus by storm. The JNU saw a practice parade by NCC cadets in preparation for the upcoming Republic Day. A few days ago the JNU Vice-Chancellor Jagadesh Kumar had tweeted to announce that this was the first time that the NCC cadets of the University were participating in a parade for Republic Day celebrations at JNU.

JNU is also gearing up to celebrate the Republic Day. This year, for the first time, the NCC cadets of the University will be participating in a parade at the venue of flag hoisting during the Republic Day celebrations at JNU. pic.twitter.com/uf67ONlSH9

Amid registration boycott by the students’ union, 82 percent of students have cleared their hostel dues by paying the revised charges, Kumar had informed on Monday. Last week, the Vice-Chancellor had informed that over 65 percent of students staying in hostels have paid their hostel fees. He had also informed about the schools and centers working on conducting tests for those students who did not complete the last semester’s academic requirements.

The Delhi Traffic Police on Thursday issued an advisory for Republic Day parade rehearsals that will be held on Rajpath on January 17, 18, 20 and 21.

In order to facilitate the uninterrupted movement of the parade on Rajpath, the Delhi Traffic Police has imposed restrictions on vehicular movement at Rafi Marg, Janpath and Mansingh Road from 9 am to 12 noon on the specified dates.

No flight operations will take place for around one hour and forty five minutes at the Delhi airport on seven days – January 18, 20-24 and 26 – due to the Republic Day celebrations, said an official document on Sunday.

According to a notice to airmen (NOTAM) issued by the Airports Authority of India (AAI) on Sunday, “no landing and take off” would be “permitted” at Delhi International Airport between 10.35 am and 12.15 pm on January 18, 20-24 and 26, due to “Republic Day Celebrations”.

Due to closure of airspace over Delhi on these days, flight operations of all airlines are likely to be impacted.

A senior research fellow at the department of vegetable science of Dr YS Parmar University of Horticulture and Forestry in Nauni has been invited to watch the Republic Day parade from the Prime Minister’s box at Rajpath, New Delhi.

Reena Kumari is among the 100 meritorious students selected from across the country by the ministry of human resource and development (MHRD) to attend the event.

Hailing from a small village named Kashmir in Hamirpur district, Reena was the topper of her school in Class 12 and had joined the horticulture university in 2009.

She has completed her post graduation and doctorate in vegetable science and worked on improvement and development of new varieties in cucumber.

Reena was a gold medalist in PhD programme.

“I would like to thank the ministry of human resource and development and my university for giving me once-in-a-lifetime opportunity to witness the grand parade from the Prime Minister’s box,” she said.

A mix of US, Russian and indigenously produced aircrafts and helicopters will be part of the flypast during the Republic Day parade on January 26.

US-made helicopters, the Chinook CH47 and Apache 64E, will make their debut at flypast, an annual event conducted to showcase military might.

Both copters — the heavy-lift Chinook and the attack-copter Apache — are made by US giant Boeing.

India has inducted US-made copters for the first time in more than 60 years.

The supply of US-made cutting edge equipment had commenced in India in 2011.

The heavy-lift capability Chinook CH 47 was inducted at Chandigarh in April last year. It enhances all-weather, round-the-clock logistics capability, especially in mountains. With a payload capacity of 11 tonne or 45 troops, it provides a fillip to IAF’s heavy-lift segment.

The Apache 64E attack copter was inducted in Pathankot in September last year.

It is the first attack helicopter from the US and by 2020, IAF will operate 22 of them. It will have significant capability in mountainous terrain up to an altitude of 21,000 ft besides the capability to carry out precision attacks at standoff ranges as well as operate in hostile airspace. 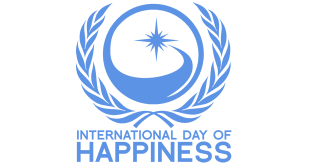