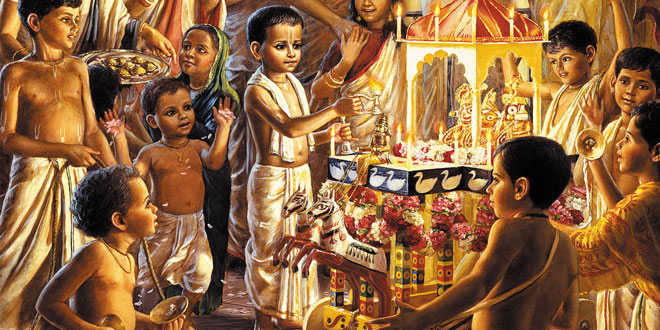 Ram Navami is a sacred Hindu festival celebrated with great zeal and enthusiasm all over the country. It is celebrated on the ninth day (Navami) of the Chaitra month (first month of Hindu lunar calendar) in ‘Shukla paksha’ or waxing moon.

This festival is observed in order to celebrate the birth of Marayada Purshottam Ram, considered to be a form of Lord Vishnu, one of the prime deities of Hindu trio. It is said that, Lord Rama is not only god but also the ideal figure for a human being. He is considered to be an ideal son, a doting husband, a mighty king, a wonderful brother and a great father. On the occasion of Rama Navami, mot only the people in India but also the Hindu community living in the other parts of the world celebrate this great day with immense joy and fervor.