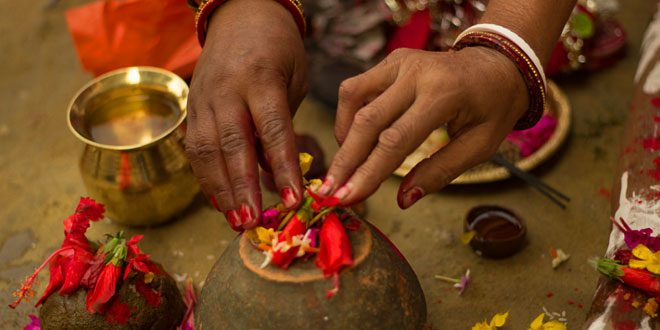 Govardhan Puja Legends And Celebrations: The fourth day of Diwali celebrations is ‘Padwa’ or ‘Varshapratipada’. In the North India, it is called as Govardhan Puja. This pooja is performed with great zeal and enthusiasm and in the states of Punjab, Haryana, Uttar Pradesh and Bihar. In this pooja, there is a tradition of building cow dung hillocks, which symbolize the Mount Govardhan, the mountain which was once lifted by Lord Krishna. After making such hillocks people decorate them with flowers and then worship them. They move in a circle all round the cow dung hillocks and offer prayers to Lord Govardhan. Read on this article to explore more about the Govardhan Puja.

The fourth day of Diwali celebrations is also observed as Anna-Koot, which literally means ‘mountain of food’. On this auspicious day the people prepare fifty-six or one hundred and eight different varieties of delicious dishes to offer Lord Krishna as ‘Bhog’. In the temples, specifically in Mathura and Nathdwara, the deities are given milk bath, dressed in new shining attires and decorated with ornaments of dazzling diamonds, pearls, rubies and other precious stones and metals. Then they are worshiped, offered prayers and bhajans and also offered delicious sweets, fruits and eatables that are ceremoniously raised in the form of a mountain before the idols. 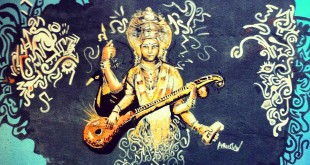