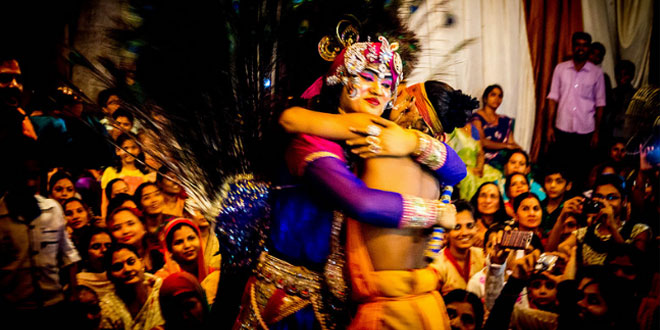 Akshaya Tritiya or Akha Teej, also known as Navanna Parvam, is celebrated with full enthusiasm amongst the Jain and Hindu people on the third Tithi (Lunar day) of Bright Half (Shukla Paksha) of the traditional Hindu month of Vaishakha. Astrologically, the day depicts unique planetary positions of the Sun, Moon and Jupiter, as all three of them unanimously come together in Mrigshira Nakshatra. The brightest level of glow of the Sun and Moon exhibits auspiciousness of the day. “Akshya“, which is a Sanskrit word, literally means one that never diminishes or ends. The day is believed to bring success and good fortune, and it is considered that one doesn’t need to seek shubh muhurta on this day to start something good as the whole day is appropriate to start new ventures. Purchasing of long-term assets like gold, silver, diamonds, including other precious stones and real estate on the occasion of Akshaya Tritiya is also considered lucky.

Believed to be the beginning of the Treta Yuga, this day is considered auspicious in Hinduism and Jainism for various reasons. According to Hindu mythology, the day is traditionally celebrated as the birthday of the Indian sage Parashurama, the sixth incarnation (avatar) of Lord Vishnu. Akshaya Tritiya was the day when Ganesha, the elephant-headed God of Wisdom, started writing the epic Mahabharata to Ved Vyas’s dictation. Hindus believe that on this day in Dwapar Yuga, a handful of beaten rice (poha) was gifted by the poor Brahmin Sudama to his childhood friend Lord Krishna in Dwarka as a token of love and friendship. Mahabharata excerpts that the Pandavas received the ‘Akshya Pathram‘ (bowl) from Lord Krishna on this day. The day is of utmost importance for the Jains too, as the first Tirthankara of Jains, Rishabhadeva, ended his year-long fast on this very day by taking the juice of sugar cane.

This Pooja is referred to as “Gaja Dhanaakarshana pooja“. To elaborate, Gaja stands for elephant, Dhan stands for wealth and prosperity, aakarshan stands for attraction and pooja stands for worship. This means Gaja pooja aims at worshiping the elephant to attract and sustain wealth and prosperity in one’s life and in society. At the inception, the elephant is cleaned with pure water, dressed and decorated properly. Various mantras and chants are uttered by Vedic priests while the idol of an elephant is offered light, incense, flowers and food.

Master of Ashwa (horse) is planet Mars, which represents command and energy. The main ingredient of mental peace and positivity is the flow of positive energy and command over life. To gain this, Ashwa Pooja takes place, and in this pooja, Ashwa is treated as a king and after cleaning and decorating it, pooja is offered.

Kind, calm, love and feeling of ever giving are the characteristics of a cow (Go). To attain these qualities in one’s life and in family, Go Pooja is celebrated. While conducting this ritual, the cow and her calf / calves are cleaned, dressed and decorated first and then the pooja is offered in an appropriate way.

This ritual is of utmost importance and is celebrated with grandeur to praise goddess Maa Sundara Mahalakshmi who, in her form, exhibits all 64 incarnations of the Goddess. It is conducted by nine priests who chant 1008 names of Goddess Lakshmi. This grand ritual takes place in two phases; the first phase begins at 7:30 AM and lasts till 1:30 PM and the second phase begins at 4:30 PM and ends at 8:30 PM.