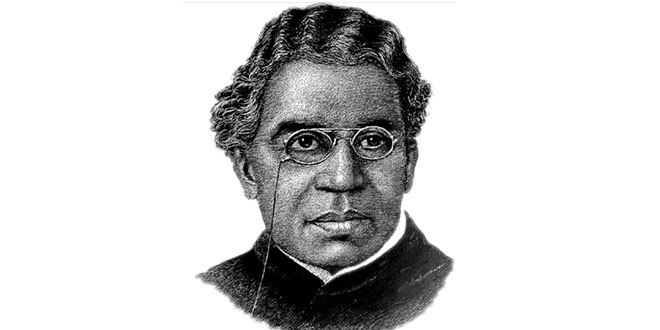 Sir Jagadish Chandra Bose, (30 November 1858 – 23 November 1937) was an Indian polymath: a physicist, biologist, botanist, archaeologist, as well as an early writer of science fiction. He pioneered the investigation of radio and microwave optics, made very significant contributions to plant science, and laid the foundations of experimental science in the Indian subcontinent. IEEE named him one of the fathers of radio science. He is also considered the father of Bengali science fiction. He was the first person from the Indian subcontinent to receive a US patent, in 1904. He also invented the crescograph. 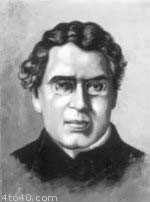 Born during the British Raj, Bose graduated from St. Xavier’s College, Calcutta. He then went to the University of London to study medicine, but could not pursue studies in medicine due to health problems. Instead, he conducted his research with the Nobel Laureate Lord Rayleigh at Cambridge and returned to India. He then joined the Presidency College of University of Calcutta as a Professor of Physics. There, despite racial discrimination and a lack of funding and equipment, Bose carried on his scientific research. He made remarkable progress in his research of remote wireless signaling and was the first to use semiconductor junctions to detect radio signals. However, instead of trying to gain commercial benefit from this invention Bose made his inventions public in order to allow others to further develop his research.

Bose subsequently made a number of pioneering discoveries in plant physiology. He used his own invention, the crescograph, to measure plant response to various stimuli, and thereby scientifically proved parallelism between animal and plant tissues. Although Bose filed for a patent for one of his inventions due to peer pressure, his reluctance to any form of patenting was well known.

He has been recognised for his many contributions to modern science.

Sir Jagdish Chandra Bose was born in Bikrampur, Bengal, (now Munshiganj District of Bangladesh) on 30 November 1858. His father, Bhagawan Chandra Bose, was a Brahmo and leader of the Brahmo Samaj and worked as a deputy magistrate/ assistant commissioner in Faridpur, Bardhaman and other places. His family hailed from the village Rarikhal, Bikrampur, in the current day Munshiganj District of Bangladesh.

Bose’s education started in a vernacular school, because his father believed that one must know one’s own mother tongue before beginning English, and that one should know also one’s own people. Speaking at the Bikrampur Conference in 1915, Bose said: “At that time, sending children to English schools was an aristocratic status symbol. In the vernacular school, to which I was sent, the son of the Muslim attendant of my father sat on my right side, and the son of a fisherman sat on my left. They were my playmates. I listened spellbound to their stories of birds, animals and aquatic creatures. Perhaps these stories created in my mind a keen interest in investigating the workings of Nature. When I returned home from school accompanied by my school fellows, my mother welcomed and fed all of us without discrimination. Although she was an orthodox old fashioned lady, she never considered herself guilty of impiety by treating these ‘untouchables’ as her own children. It was because of my childhood friendship with them that I could never feel that there were ‘creatures’ who might be labelled ‘low-caste’. I never realised that there existed a ‘problem’ common to the two communities, Hindus and Muslims.”

Bose joined the Hare School in 1869 and then St. Xavier’s School at Kolkata. In 1875, he passed the Entrance Examination (equivalent to school graduation) of University of Calcutta and was admitted to St. Xavier’s College, Calcutta. At St. Xavier’s, Bose came in contact with Jesuit Father Eugene Lafont, who played a significant role in developing his interest to natural science. He received a bachelor’s degree from University of Calcutta in 1879.

Bose wanted to go to England to compete for the Indian Civil Service. However, his father, a civil servant himself, canceled the plan. He wished his son to be a scholar, who would “rule nobody but himself.” Bose went to England to study Medicine at the University of London. However, he had to quit because of ill health. The odour in the dissection rooms is also said to have exacerbated his illness.

Through the recommendation of Anandamohan Bose, his brother-in-law (sister’s husband) and the first Indian wrangler, he secured admission in Christ’s College, Cambridge to study Natural Science. He received the Natural Science Tripos from the University of Cambridge and a B.Sc. from the University of London in 1884. Among Bose’s teachers at Cambridge were Lord Rayleigh, Michael Foster, James Dewar, Francis Darwin, Francis Balfour, and Sidney Vines. At the time when Bose was a student at Cambridge, Prafulla Chandra Roy was a student at Edinburgh. They met in London and became intimate friends.

On the second day of a two-day seminar held on the occasion of 150th anniversary of Jagadish Chandra Bose on 28–29 July at The Asiatic Society, Kolkata Professor Shibaji Raha, Director of the Bose Institute, Kolkata told in his valedictory address that he had personally checked the register of the Cambridge University to confirm the fact that in addition to Tripos he received an M.A. as well from it in 1884.

In 1896, Bose wrote Niruddesher Kahini, the first major work in Bangla science fiction. Later, he added the story in the Abyakta book as Palatak Tuphan. He was the first science fiction writer in the Bengali language.

Share
Previous Amar Bose Biography For Students And Children
Next Why and when Britishers attempted to kill Bose?