Amar Bose (2 November 1929, Philadelphia, Pennsylvania, United States – 12 July 2013, Wayland, Massachusetts, United States) Founded Bose Corporation in 1964; Invented the 901(R) Direct / Reflecting (R) speaker system – one of the first stereo loudspeakers to utilize the space around them instead of reproducing sound as if in a vacuum; featured in 2006 Forbes Billionaires list.

Amar G. Bose is the founder of Bose Corporation and is known for his pioneering work in the field of acoustics. Bose speakers are world-famous for giving high-end performance despite their modest size. 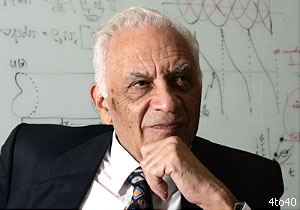 Amar Gopal Bose was born in 1929 in Philadelphia, Pennsylvania. His father Nani Gopal Bose was a revolutionary freedom fighter who emigrated from Calcutta to escape British prosecution. Amar Bose was interested in electronics right from his childhood and used to make small electrical toys to supplement his family’s income. He did his schooling Abington Senior High School and graduated with a BS in Electrical Engineering from MIT in the early 1950s. He also completed his Ph.D. from MIT.

While doing graduation from MIT in 1950s, Amar Bose purchased a new stereo system. But he was disappointed with the performance of the speakers. Despite their impressive technical specifications, the speakers failed to reproduce the realism of a live performance. This led Bose to start working on stereo speaker. He aimed to design a speaker that would emulate the concert hall experience in the home. Amar Bose’s early patents won him great respect within the industry. But Bose needed capital to do further research and begin production. Amar Bose received financial support from MIT professor Y. W. Lee and in 1964 he founded Bose Corporation.

In 1968, Amar Bose invented the 901(R) Direct / Reflecting (R) speaker system. They were one of the first stereo loudspeakers to utilize the space around them instead of reproducing sound as if in a vacuum. Bose’s 901(R) speakers remained an industry benchmark for 25 years. Amar Bose also captured the car stereo market, with systems that transformed the on-the-road listening experience.

Today, Amar Bose has over two-dozen patents to his name. His products can be found in Olympics stadiums, the Sistine Chapel, NASA Space Shuttle, and the Japanese National Theater. Amar Bose was also a professor of electrical engineering at MIT for many years until he retired in 2000. Amar Bose featured on the 2006 Forbes Billionaires list with a personal wealth of $1.2 billion.