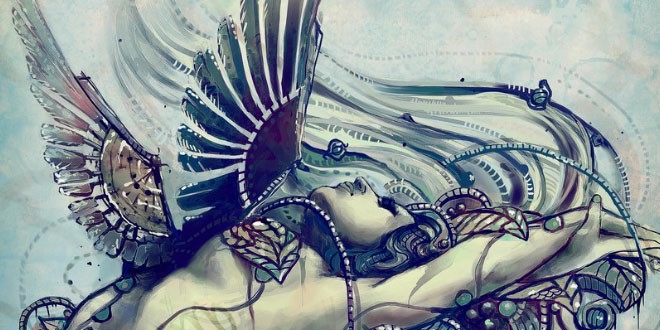 Strengths
Weaknesses
Date Range: August 22 – September 20
Symbol: The Virgin
Ruling Planet: Mercury
Quality: Mutable
Element: Earth
Basic Trait: I Analyze
Closest Metal: Quicksilver
Lucky Day: Wednesday
Lucky Colors: Saffron Yellow and Azure Blue
Lucky Gems: Topaz, Agate and Aquamarine
Lucky Flowers: Lilies
Virgo has the symbol of ‘The Virgin’, but the similarity ends there itself. People born under the zodiac sign of Virgo are very devoted to their families. They are not much talkative and mostly stand away from a crowd. However, they will be noticing even the smallest detail. The typical Virgo personality traits include perfectionism. Everything around him has to be just perfect. He is one of those who prefer carrying the exact amount of change for the bread, rather than asking the shopkeeper for a change. He is not much of a party bird, because he basically dislikes crowd.

Virgos live in the real world. They neither day­dream, nor wish on stars. One look at them and you will feel that they are overburdened with some worries. However, worrying symbolizes their characteristic profile. Infact, Virgo seems to be on the lookout for it. A Virgo is very conscious of his looks and he will spend hours in front of the mirror getting the crease on his trousers just right. Everything about him has to be perfect, right from the clothes to the perfume. Virgos have this peculiar habit of taking on more work that they can easily manage.

Then, they strain themselves beyond limits, often leading to frayed nerves. They may look pretty cool on the outside, but inside, they will be extremely anxious. One thing you can be sure of while dealing with a Virgo, he is totally dependable and sincere. He may lie once in a while, especially when he doesn’t want to go somewhere or do something. However, the lie will be totally harmless. A Virgo is highly critical of the people around him. Everything related to him, including his lover, has to go through his forever-analyzing eyes.

He is finicky about cleanliness, cannot tolerate lazy behavior, hates procrastination and is never blind to flaws and faults, even of his loved ones. He is also quite particular about each and every detail. However, that does not mean Virgos do not have a humorous side. It’s just that as they hate impropriety, they also cannot tolerate sloppiness. If such things do some across them, they become irritable and snappy. However, composure, patience, caring attitude and endurance define their true personality.

He may criticize you for your faults, but if you are in trouble, he will be the first person to help you fix up everything. Don’t mention a Virgo’s overly critical attitude in front of him; he will be the first one to deny it. He also seems to be totally blind to his own faults. Virgos have this habit of not being able to sit at the same place for too long and turning restless easily. If you are in love with a Virgo, remember that Virgos express their love with subtleness.

You wont see them shouting ‘I Love You’ from the rooftop. However, that doesn’t mean they are less dedicated than any other sun signs. They are just not able to express themselves fully and lack demonstrativeness. As much as a Virgo likes to help others, he finds it very difficult to accept favors. He likes to be self-dependent and hates to take obligations. He won’t spend too much money on himself, but will be extravagant in case of his loved ones or for those who are in need.

In such a case, don’t waste the money or he will be hurt. As far a Virgo’s critical nature is concerned, remember that it’s just his nature. He was just born to notice even the slightest of faults. Infact, A Virgo is the most critical about himself. At the same time, he is very punctual and will not take lateness too lightly. To him, time is of extreme importance. Virgos like small, helpless creatures as much as they like honesty, punctuality, savings, caution and vigilance. They are like the true individualists who have their own, secret way of making the heart memorize.

Your sign lord Mercury moves ahead of Jupiter and Saturn, and is now free from any affliction. There shall be more clarity of mind in matters related to planning and decision making. Now, you will be inclined to pay attention to even the smallest of matters. Gains through shares and forms of speculation are seen. Those connected with writing and academics, shall find it a favorable time. If you’re looking for a job, this is an appropriate time. Though the prospects of wealth remain normal, however, your fame might increase.