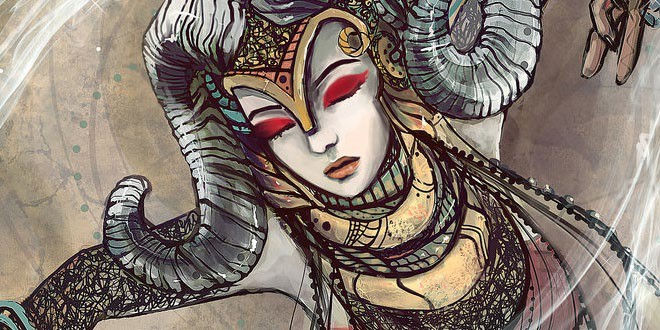 The moment you come across an Aries, the first thing that comes to your mind is his / her friendly nature. The friendliest person in your neighborhood will most probably be an Aries personality. People having an Aries profile cannot tolerate injustice, always fight against it and will defend the weak. Aries, The Ram, is the first sign of the zodiac, considered to be the infant representing birth. Just like an infant, he is also aware only of himself and his needs. However, he is not selfish. It’s just that he is totally ignorant of the fact that his needs may be causing you some inconvenience.

The innocence of Aries people is enough to cover their, sometimes, aggressive behavior. This naivete brings fearlessness, while at the same time making them highly vulnerable. They trust people easily, get hurt in the process, forgive and forget, and then, trust again. An Aries person is beyond shrewdness and fallacy and can never lie, not even to save his life. He is what he seems to be. Qualities like subtlety, diplomacy or modesty just don’t gel with Aries symbol. An Aries can be calm, wise and serious, but not before he has gone past youth.

He is pretty impatient, but liberal with money and material things. Frankness, lack of stability, fear of physical pain, optimism and impulsiveness are some of the basic Aries characteristics. One of the warmest and the most generous zodiac sign, Aries always prefers fame to money. He may get extremely angry in a minute, but the anger seldom lasts for a long time. Aries people never nurse a grudge and completely forgive and forget. They will never let you know that they are hurt.

They are never shy of apologizing, but they will be hurt if you remember the harsh words they said in anger, but didn’t mean. Gossip does not interest an Aries and for him, people are either black or white, without any shades of grey. There is one thing an Aries can never fall short of, conversation. He can speak about anything & everything under the sun. He lives in the present and is a realist, yet believes in miracles. Aries chase success, not waiting for it to fall in their lap, and don’t accept defeat. Failure can never keep them down.

Most of the Aries people are involved in business or creative arts or are involved in planning and organization. If an Aries does something for you, don’t forget to express your gratitude. Otherwise, he will be deeply hurt. However, that would not stop him from helping again. Aries usually stick to their opinion and won’t listen to anything they do not believe. They have a contemplative side to their personality. The simplicity is blended with the blind passion of a born crusader. Aries is mentally strong and always one of the pioneers.

The week starts with a journey, you can mix spirituality with material pursuits this week as the Moon transits from your ninth house to the twelfth house. Professional matters demand close monitoring and your concentration levels will be better than before. Restructuring of work plans and how to do business in future will be a major priority now Mercury would change by the end of the week bringing better opportunities and gains, make the most of it. Love affairs and attractions shall increase, however as Venus shall soon be com-bust, it is not the best of times for close encounters. Important decisions on property matters shall go your way.