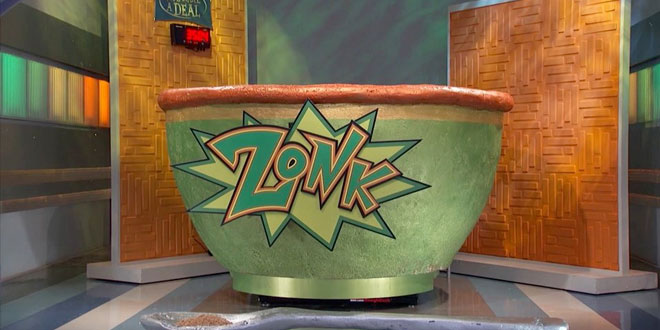 Los Angeles, California, USA – May 24, 2017 – The CBS gameshow Let’s Make a Deal set a world record by creating a massive cereal bowl as a gag prize; the massive bowl, which weighed 3,504 pounds, was featured as a “ZONK” consolation prize on the show’s “foodie” episode and sets the new world record for the Largest cereal bowl.

Photo: The CBS gameshow Let’s Make a Deal set a world record by creating a massive cereal bowl as a gag prize. The massive bowl, which weighed 3,504 pounds, met the proper specifications.

The Guinness World Records world record for the largest bowl of apple sauce weighs 324.8 kg (716 lb) and was produced by Musselman’s Apple Sauce (USA) at the Baltimore Running Festival in Baltimore, Maryland, USA, on 12 September 2013.

Guinness World Records also recognized the world record for the largest bowl of pasta; it weighed 7,900 kg (17,417 lb) and was achieved by Czanieckie Makarony, Gmina Miejska Krakow and Magillo Restaurant (all Poland), in Krakow, Poland, on 24 October 2015.

“We are so excited to have achieved a World Record! We are constantly pushing the boundaries of what it means to be a game show, so it makes us incredibly proud to have this globally-recognized honor,” Let’s Make a Deal Executive Producer Mike Richards said.

“The fact that we also happen to love cereal makes it all the more sweet!”

Members of the audience were invited to share in the contents of the gigantic bowl, which was filled with organic granola and milk and the remainder was donated to a local homeless shelter.