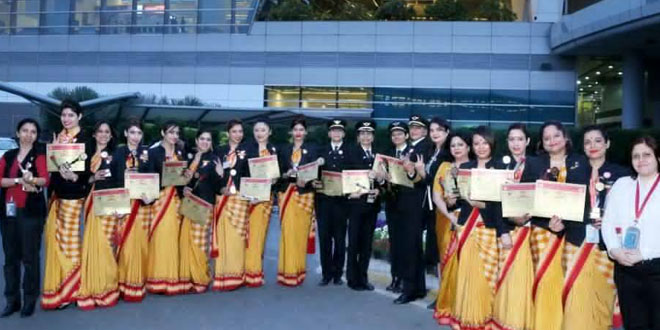 First journey around the world with all-women crew

New Delhi, India – March 6, 2017 – An Air India flight departed from New Delhi to San Francisco and returned to the Indian capital; The Boeing 777 flew over the Pacific Ocean on its trip to the US, while its return flight was over the Atlantic, encircling the globe and setting the new world record for the First journey around the world.

Photo: Ahead of International Women’s Day, Air India created history by flying around the world with an all-women crew. The flight took off from New Delhi to San Francisco and returned after journeying around the globe.

The Guinness World Records world record for the Farthest flight by a commercial aircraft was set by A Boeing 777-200LR Worldliner, which flew 11,664 nautical miles (21,601.7 km or 13,422.7 miles) non-stop and without refuelling from Hong Kong to London, UK from 9 to 10 November 2005 in 22 hr 42 min, the longest flight ever by an unmodified commercial aircraft.

Guinness World Records also recognized the world record for the first crossing of the North Atlantic by air; it was made by Lt Cdr (later Rear Admiral) Albert Cushing Read (1887-1967) and his crew (Stone, Hinton, Rodd, Rhoads and Breese) in the 155 km/h (84-knot) US Navy/Curtiss flying-boat NC-4 from Trepassey Harbor, Newfoundland, Canada via the Azores, to Lisbon, Portugal from 16-27 May 1919.

Check-in and ground handling staff, the engineers who certified the aircraft and the air traffic controllers who authorized the departure and arrival of the plane were also all women, the company said.

Air India says it will operate other flights with all-women teams as part of International Women’s day, celebrated on 8 March of every year.

Last year the state-owned carrier said it had flown a non-stop flight for 17 hours to set a record for the longest all-female crew trip. In recent years Air India has taken several initiatives to improve its record on gender equality. 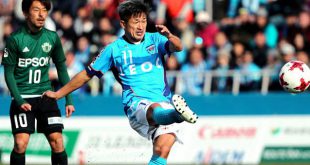