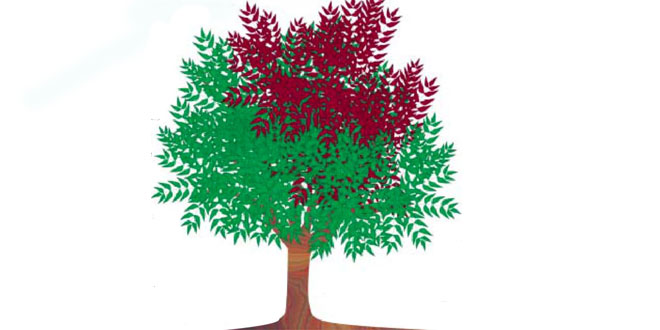 This was great news indeed, and naturally the boy was highly excited. He jumped down from his bed, and announced, “I am not going to lie down any more. Today evening itself, I am going to have a long drive with Papa.”

When the first excitement was over, his mother tried to break the next news to Shyamal cautiously, “Your Papa says that we have to cut down Nimai as we have to make a garage for the new car.”

Shyamal could not believe his ears. He had turned almost blue by the severity of the shock. When he was able to speak, his voice was broken, “Mummy, how could you ever think of that? Can you ever think of killing me or Banani just because of lack of space? Don’t you remember grandpa at all?” The fourteen-year-old boy’s voice was lost in uncontrollable sobs.

Mother considered the situation beyond her control and so she called father. There was a long argument between father and son, but the son could not be moved an inch. “How on earth could you ever think of that? I can still feel grandpa’s breath when I am under that tree.”

“But, this is just a fascination. Your grandfather was my father, I too loved him. We can remember him in hundred other ways. Moreover where do we keep the car?”

Shyamal was simply uncontrollable and unconvincible. Father went out in his worst mood saying that he did not know how a boy of these days prefers to have a neem tree to a new car. Anyway, the tree-cutters would come next morning.

Only God knew how the boy spent the day. But one of the most strange events of his life happened that evening. The house was busy and nobody seemed to notice the morose boy. Towards evening, the sky was dark with heavy, black clouds. It was just the time for his father to return when it was thundering outside, and big raindrops started to fall. The fragrance of wet soil reminded Shyamal of his grandfather, how he used to fill his chest with long breathes of this fragrance.

Shyamal was just thinking that this was the last rain of Nimai’s life, when an enormous sound almost deafened him. All the lights went of instantly, and a very bright and large flash enlightened the outside for a second. Shyamal could only see that Nimai was burning, and his father was heard screaming from somewhere near the gate. All these were too much for the boy’s already weak body and mind and he lost consciousness.

He found everybody including his father by his side when he recovered and to his great surprise his father was in tears. Slowly he came to know that a big lightning had struck the tree. Had it not been there, it was sure to have hit father as he was just getting down from the car at that time. Even while dying, Nimai did not cease to extend his best service to his master’s family.

Next morning, Shyamal was not in his room. Only a slip on his table said that he was going out with their old servant, Prasad.

As hours passed, the parents were more and more anxious and impatient. Shyamal’s father, uncles and friends went out to search at hospitals, police stations, his friends’ places, but nobody could get any news. A fourteen-year-old boy and an old servant seemed to have vanished from the city.

It was almost 10:30 at night. Every room of the house was lighted, it was full of people, but nobody talked. Mother could not cry any more. She was staring vacantly at the burnt remains of Nimai.

Suddenly, somebody shouted, “He is coming.” Everybody rushed out. Shyamal could not seen at a distance followed by Prasad. The boy had walked a long way as shown by his sweating forehead and dust-covered knees. But all these were overtaken by his big triumphant smile. He was holding a small neem plant with two hands like a precious jewels.

Everybody tried to question at once, but he answered only his mother, “Mummy, at last I found grandpa’s old gardener’s house, with the help of Prasad uncle. I got this plant another in its place.” His face was illuminated by the luster which his grandpa had passed on to him. 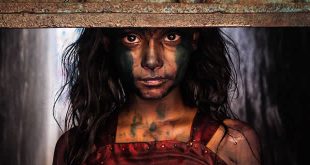