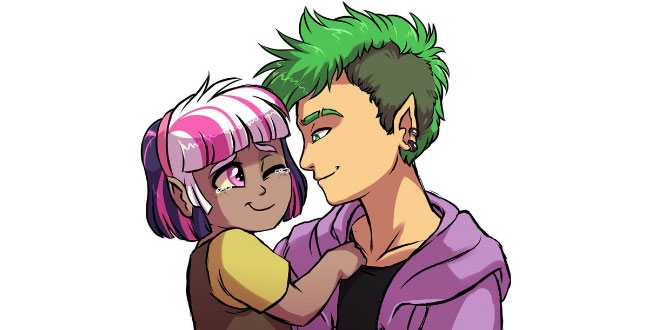 “Give me one more laddu, Mummy,” said Deepu when he saw his mother putting a coconut laddu in his plate.

“Deepu, I am giving you the only laddu which is left. There are no more laddus,” said Mother.

“But Mummy, Daddy brought half a kilo laddus just this morning. How come there is only one left? Who has eaten the rest of them?” asked Deepu in irritation.

“Oh! I served them to Babli’s friends when they came to visit her in the afternoon,” said Mother.

“Oh! This Babli has made life so difficult!” murmured Deepu.

“Why do you get angry? We will get you more laddus if you like them so much. Babli is, after all, your younger sister,” said Mother.

Eleven-year-old Deepu had a younger sister, Babli. She was 7. Babli was very naughty.

Every now and then, she would indulge in different pranks. “Mummy, Where are my shoes? I am getting late,” one morning Deepu called his mother when he failed to find his shoes.

“Look carefully, they must be lying somewhere in the room,” saying this, Mother also came in and joined him in searching his shoes. When both of them failed to find the shoes, Deepu put on his sandals. He was about to go out when he heard Babli’s suppressed laughter.

“Oh! So, it is your mischief. Tell me where have you hidden my shoes?” asked Deepu as he pulled off the sheet covering Babli as she lay on the bed.

“Oh! I was having a beautiful dream! You woke me up in the middle of dream!” said Babli, getting up.

“Babli, give Bhaiya his shoes. He is getting late for school.”

“Mummy, Bhaiya is so forgetful. It was he who had taught Tommy how to fetch his shoes. Maybe Tommy has taken his shoes.”

As soon as Deepu heard this, he rushed out towards the small house, which was especially built for Tommy. Tommy was not there but Deepu’s shoes were lying there. Quickly, he put them on and rushed to his school.

In the evening, when he returned home, he looked sullen. In the morning, the teacher had fined him 10 rupees out of his pocket money.

Babli felt sad to hear this. She took out all the money she had in her piggy bank. But it came to 7.50 rupees only. Giving this money to Deepu, she said, “You got late because of me. Take this money. I will give you the rest of the money within the next few days.”

Deepu’s mood became better after this. Just then, his father came home from office. When he was told about the morning incident, he began to laugh.

“Here take these 10 rupees from me. And Babli, you must not indulge in any more mischief. Say sorry to your Bhaiya!”