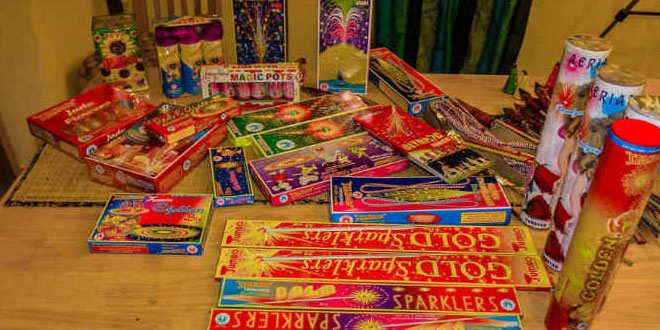 4th of July Funny Story – One year, Jim’s family was having the “extended family” 4th of July cookout at their home. One of the special treats that year was the lighting of the fireworks (Roman candles, bottle rockets, missile batteries, etc.) they had bought out of state (they’re illegal in their state, of course!)

Just before they were to arrive, a cousin calls, saying their neighbor’s plans had just fallen through, and could they bring them along to the picnic – they even had extra food to bring. “Sure, the more the merrier!”

Upon arrival and meeting of their cousin’s neighbor, it is discovered that he’s a police officer. The father turns as innocently as he can to Jim, and whispers to him to grab the paper bag of fireworks sitting in the kitchen and hide them somewhere quickly. Jim disappears, and the father changes the topic to food for the day. This family had brought some chicken to grill, so the father tells them the gas grill is all set to use out back – just turn on the gas and push the ignition button with the lid still closed.

They head out to the back as Jim comes back in through the front door. The father hurries to him and says “Whew, that was close! That man’s a police officer, and he almost saw the fireworks. Did you hide them real well?”

“Oh, yeah, nobody will ever think to look in the grill!”

What is the story of America’s Independence Day?

Independence Day in America marks the date back in 1776 when Americans broke away from being ruled by the British, who had been on the continent since the 16th Century.

Back then, America was divided up into 13 colonies:

People who lived there used to have to pay taxes to Britain, even though they didn’t have anybody representing them in Parliament.

Eventually, people had had enough of being ruled by London.

In June 1776, a group called the Colonies’ Second Continental Congress came together in Philadelphia in order to put together a document to finally cut ties with Great Britain. (Philadelphia used to be the political capital of America – not Washington!)

The document was written and tweaked and rewritten until – after 86 changes – everybody was happy. The final version was finished on 4 July 1776 and the colonies declared themselves no longer part of the British Empire.

The very next day, the document – called the Declaration of Independence – was sent around to everyone.

Fighting between the Americans and the British did carry on after this date, but a few years later the British Parliament also officially recognized America’s independence.

The Declaration of Independence is now one of the most important symbols to American citizens of their freedom and of what makes their country the United States.

In 1870, Independence Day was formally established as an official holiday by Congress, but workers weren’t paid for that day. In 1938, it became a paid national holiday across the whole country.

Now, Independence Day in the US is celebrated as the birth date of the nation as we know it today.

Previous Why Independence Day celebrated on 4th July?
Next Fireworks: 4th Of July Poem For Students