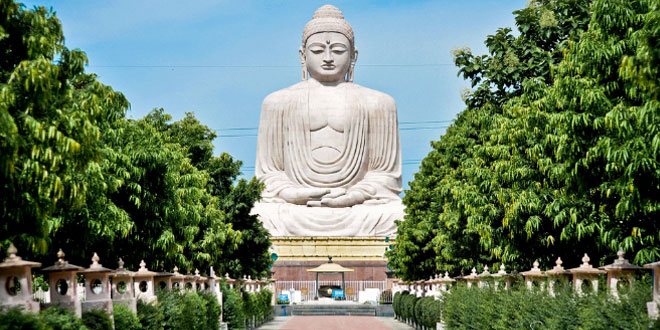 Bodh Gaya is a holy shrine of the Buddhists. They believe that this was the place were Lord Buddha received his enlightenment under a peepal tree or the sacred fig tree. There are three other holy places of Buddhists: Lumbini, in Nepal, Buddha’s birthplace, Sarnath, near Varanasi where he preached his first message, and Kushinagar, near Gorakhpur, where he died. However, Bodh Gaya is given the most importance as it is here that he attained nirvana. It is believed that Siddhartha Gautama, when he was a young prince, was so distressed with the sorrows and sufferings of the world that he gave up all worldly pleasures and began to lead an ascetic life. Desperate to seek the truth he sat under the Bodhi tree and vowed not to arise until he finds the meaning of life. It is believed that after 49 days of meditation he received enlightenment. That is why Bodh Gaya is a very important pilgrimage center for both Buddhists and Hindus. Apart from being a significant Buddhist center it is also an archaeological site.

After enlightenment, Gautama came to be known as Buddha which means the ‘awakened one’. Gradually he started attracting devotees and his teachings spread far and wide. Many followers wanted to see the place where he got enlightened and eventually the place became a Buddhist pilgrimage site. By the 2nd century B.C, the village which was originally called Uruvela also came to be known as Sambodhi, Vajrasana or Mahabodhi.

Two and a half centuries after Buddha attained enlightenment, king Ashoka established a monastery at Bodh Gaya. Over subsequent centuries, Bodh Gaya was invaded numerous times. During the 12th century, CE, Bodh Gaya was attacked by the Muslim Turks after which it was left largely abandoned.

Bodh Gaya was deserted till Alexander Cunningham, the then Director General of the Archaeological Survey of India, passed the site on a visit to Nagpur. He was fascinated to find such a heritage site. Later he came again to Bodhgaya and began collecting the sculptors and records as well as documenting the design and layout of the temple. After getting the legal rights he restored the temple.

It was only by the late 18th century that Bodh Gaya began receiving attention as a Buddhist shrine. It was difficult, as by then the Hindus had claimed the temple for their own worship. After a long struggle, in 1949, a Mahabodhi society was founded by the Dharmapala organization with a committee of four Hindus and four Buddhists. This was passed under the Bodh Gaya act.

The most important attraction of Bodhgaya is without doubt the Mahabodhi temple and the Bodhi tree. The tree is very revered as it is believed to be descended from the original Bodhi tree under which the Buddha attained enlightenment. The spot under the tree where the Buddha sat is known as the Vajrashila and is considered to be sacred. The Mohanta Monastery is located right next to the Mahabodhi Temple. There is also an archaeological museum that displays interesting souvenirs and scriptures of the Buddha.

The Pretshila Hill located nearby is famous for a beautiful temple built in 1787. The temple, Ahilya Bai, is built at the top of the hill and is noted for its sculptures and architecture. There is a lake below the hill where people offer ‘pin dan’, a ritual to satisfy the souls of the departed. Another major tourist attraction is the Barabar caves. Situated in the hills of Barabar and Nagarjuni, the seven caves are the oldest surviving rock cut caves in India.

The pilgrimage season starts from September onward. However, the best time of visit is the winter. Anywhere between November and February is pleasant. Summers and monsoons are usually avoided for inconvenience.

How To Reach Bodh Gaya:

You can reach Gaya by trains too. The Gaya railway station is 15 kilometers from Bodh Gaya. The Gaya station is well connected with most cities in the country.

Gaya is also well connected by road. Since it has become a tourist place now, buses run from almost every major city to Gaya.

From the 5th century B.C. till today, the place still holds great importance for Buddhists. But anybody can visit the place regardless of his / her religion. The place has everything to provide one with spiritual solace. 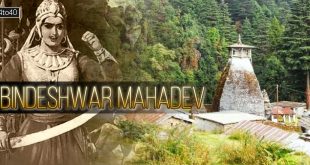 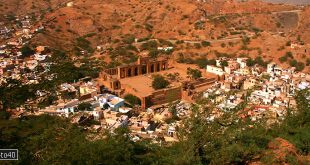 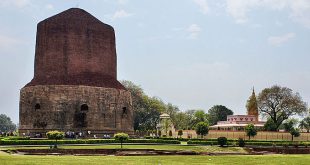 Sarnath is the place where Gathama Buddha gave his first sermon. So, it holds special …