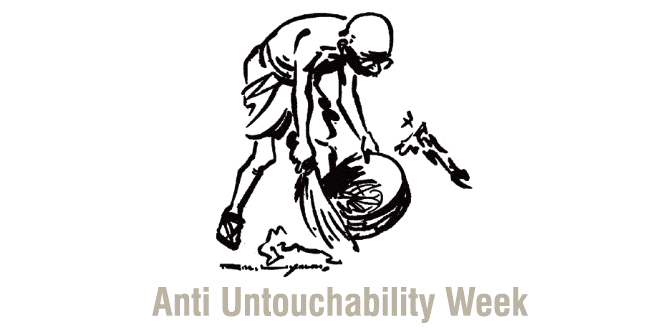 So the anti untouchability week is the act passed by the legislature parliament in the year 2011 on 24th of May to remove the discriminated feelings about Dalits in the society. It is very necessary phenomenon which has to be taken by the government to make the country a developed country by offering the similar opportunities to the people of each category in the society of India.

Several events across India are organized by the government agencies, NGOs and other associated organizations to teach people especially the village community about the ill effects of practicing untouchability.

Why Anti Untouchability Week is Celebrated

This event is organized by the legislature parliament denoting the theory of equity means everyone in the society is equal in sense of human rights and dignity. Instead of declaring this event the country has faced a number of incidents of inequity and injustice. Dalits from the rural and capital city areas were mistreated a lot. So it can be said that the event is not practicing very effectively to implement the agenda to get good achievements over the discrimination of Dalits.

According to the report it has been noted that at least half dozen of Dalit people in various districts have lost their existence just for touching kitchen or water of upper caste people. Families of Dalits were displaced and inter caste couples became pathetic. They started seeking the recognition of Dalit rights in the society. The victims of Dalits were beaten up by the people of higher castes and turned as a refugee in the own country.

After such a terrible condition in the society, soon the variety of events related to the untouchability was increased to a great level. Reportedly, it has been noted that in the recent years (2012/13) the most of the violence (80%) incidents and cruelty against the Dalits were related to the caste based intolerance and untouchability.

Dalit rights activists with the Dalit Civil Society members have organized a 12 day national campaign to remove the caste-based inequity and untouchability. Through this campaign they exert pressure over the government in order to apply the decisions made by it as well as draw the attention of political parties and law enforcement units.

Instead of being a variety of strong and tough constitutional rules against the untouchability, it has still remained as a big national issue just because of the uncertainty in the law implementation. There is the need of running the youth orientation programs to drive the attention of the youths of the country to make it untouchability-free. There is a request by the Dalit-based organizations to the Government to carry out the precise policies, programs and events for Dalits ensuring the same justice as well as eliminating the caste-based inequity.

There is a need to work jointly of Dalit and non-Dalit leaders of the political parties for getting the equal rights for Dalits people and changing the social attitudes towards untouchability.

Main Objectives Of Campaign Against Untouchability

Nepal has been declared by the Parliament as an untouchability-free nation in the year 2006 at 4th of June. There are a variety of special economic programs implemented for the better health, education and employment for the people living under oppressed community and poverty line. Gandhi Ji had taken fast in the Yerawada Jail, Pune in the month of September in 1932 against the untouchability.

People from upper caste and lower caste need freedom from the earlier cruel religious beliefs to remove this terrible situation. Dalits require an economic independence which is very necessary to survive. There is a need of cultural, social and moral alteration of the society as a long term solution to this deep-rooted problem. They require a good education, justice and full rights in the society.

Share
Previous Wild Life Week Information For Students
Next What is the significance of Navratri? 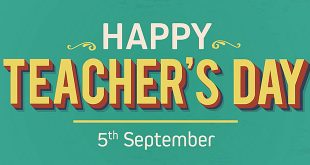 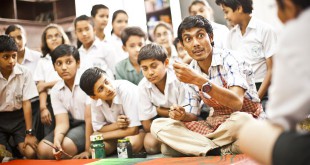