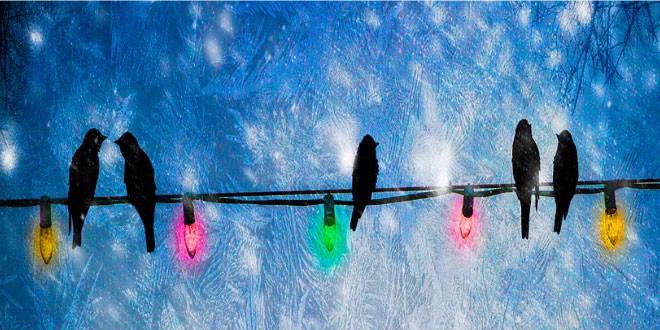 Christmas Alphabet: Christmas songs and rhymes that can be used when planning activities and curriculum for Preschool, PreK and Kindergarten children.

E – for the Eve when we’re all so excited,
F – for the fun when the Christmas tree’s lighted,
G – for the goose, so round and so fat,
H – for the holly and Santa’s red hat,
I – for the ice on snow-covered hills,
where sledding is fun, in spite of the spills,
J – is for Jesus, the Christ child so dear,
We honor His birth on Christmas each year,
K – for the kitchen where Mom cooks the feast,
L – for the light shining way in the East,
M – for the mistletoe. Watch where it hangs!
N – is the noel the angels first sang,
O – for the ornaments trimming the tree,
P – for the presents, for you and for me,
Q – for the quaking of shepherds in fear,
when the bright angels brought them the words of good cheer,
R – for the reindeer, leaping the roofs,
S – for the stockings that Santa Claus stuffs,
T – for the toys, the tinsel, the tree,
U – is for us- the whole family,
V – is for visitors, friends far and near,
W – is for welcoming wreaths on the wall,
X – is for Xmas, with pleasures for all,
Y – is for Yule logs whose bright sparks fly high,
to give a warm welcome to friends passing by,
Z – is for zeal we show at this time
in giving to others and loving mankind.

Christmas (which means “The Mass of Christ”) is a Christian holiday that refers to the birth of Jesus (whom Christians believe is the Son of God), and a cultural holiday for non-Christians.

The day known as Christmas Day is celebrated on the 25th day of December. It is one of the most important days of the year for Christians, along with Easter when the death and resurrection of Jesus are celebrated. The season of preparing for Christmas is called Advent and begins on a Sunday about four weeks before Christmas. The Christmas Season (called Christmastide) ends 6 January or the Twelfth Day of Christmas, in which Epiphany is remembered.

Christmas is celebrated all over the world, as a religious holiday or as a time of celebration by Christians and non-Christians alike. The traditions are different from country to country, but they nearly always include a feast, giving gifts or cards, and enjoying church or public festivities such as singing Christmas carols and songs. Santa Claus is a tradition in many countries of the world.

Christmastide, as it is often called, is in the winter of the Northern Hemisphere, at a time when there were already ancient festivals. Some of the traditions that are used for Christmas are older than Christmas, or come from other non-Christian traditions such as Yule. Modern traditions of Christmas often focus on the giving of gifts. The season for retail stores to sell gifts, food, greeting cards, Christmas trees, and decorations begins the day about a month before Christmas Day.