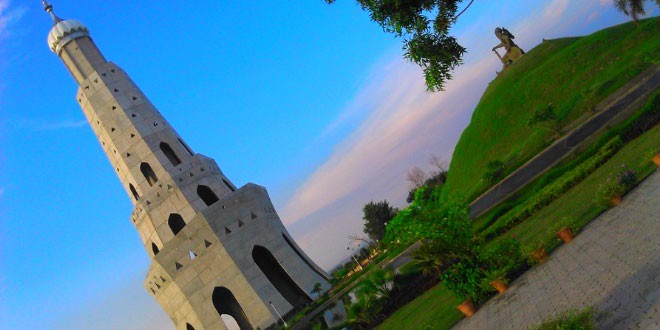 Punjab Govt. has done a good job here at Chapper Chidi, Mohali (Near Kharad) They have erected a war memorial in the memory of a great warrior Baba Banda Singh Bahadur who took respectable revenge for the brutal execution of Chhotey Sahibjadey.

At age 15 he left home to become an ascetic, and was given the name “Madho Das”. He established a monastery at Nandeḍ, on the bank of the river Godavari, where in September 1708 he was visited by, and became a disciple of, Guru Gobind Singh, who gave him the new name of Banda Singh Bahadur. Armed with the blessing and authority of Gobind Singh, he assembled a fighting force and led the struggle against the Mughal Empire. His first major action was the sack of the Mughal provincial capital, Samana, in November 1709. After establishing his authority in Punjab, Banda Singh Bahadur abolished the zamindari system, and granted property rights to the tillers of the land. He was captured by the Mughals and tortured to death in 1716.