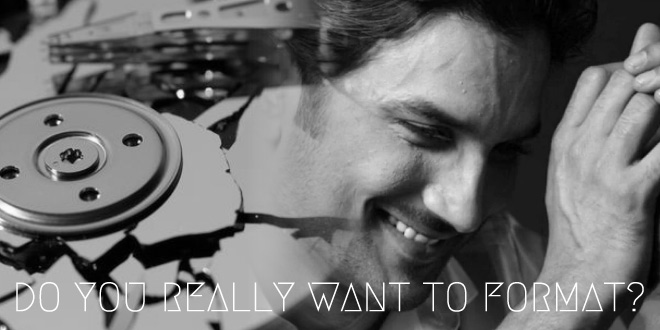 A team of Central Bureau of Investigation (CBI) has questioned Siddharth Pithani, friend and flatmate of Sushant Singh Rajput in connection to his death. During the questioning, he told CBI that on 8th June, eight hard drives were destroyed before Rhea Chakraborty left the house.

In a report, Republic TV claimed that experts were called to destroy the data on the eight drives. They said Sushant tried to protest, but he helplessly watched all the data being destroyed from his personal gadgets, including a computer, laptop and phones.

#FirstConfessionOut | The Debate with Arnab Goswami on Sushant Death Case is now LIVE. Tune in to watch and share your views using the hashtag – https://t.co/RZHKU3wOei pic.twitter.com/wqlR1SJcJZ

On the other hand, India Today in its report said that they might have decided to delete the personal pictures and videos as a part of “digital breakup”. While the duo never mentioned they were in a relationship, but they were living together and spotted on several occasions.

It is not clear who had called the experts to destroy the data, but Pithani said that both Rhea and Sushant were present in the room along with househelp Dipesh Sawant and his cook Neeraj Singh. CBI will question Pithani further in the case. The Special Investigation Team (SIT) of CBI has questioned Siddharth and Neeraj twice till now. They have also questioned Sandeep Sridhar, Sushant’s CA and his former accountant Rajat Mewati.

Lawyer or Sushant’s father, Vikas Singh, said that if this information is true, there must be a larger conspiracy behind Sushant’s murder. He said, “I think there’s something very sinister in this entire episode and it appears that there is the involvement of some big people in the case. The first thing that should happen is the suspension of Mumbai Commissioner of Police and DCP of that area”.

The revelation of the drug angle

The Enforcement Directorate is also investigating the case as there were allegations by Sushant’s father that Rhea misappropriated Rajput’s money. During the investigation, ED found evidence of drug dealings in the case. It led to initiation of a new investigation by the Narcotics Control Bureau. The NCB has filed a case in Delhi and booked Rhea Chakraborty, her brother Showik Chakraborty and others under Sections 20, 22, 27 and 29 of the NDPS (Narcotic Drugs and Psychotropic Substances) Act.

Hindustan Times quoted NCB director Rakesh Asthana who said, “We received a letter from ED on Tuesday evening, stating that during their probe into the financial aspects, they found that drug was supplied to Rhea and Sushant. An NCB team will now conduct an inquiry, and people involved will be questioned”.

Actor Sushant Singh Rajput was allegedly found hanging in his house on 14th June. After his death, a lot of questions were raised related to his death and involvement of Rhea and her family in Sushant’s alleged emotional and financial exploitation was mentioned in a complaint filed by Sushant’s father KK Singh in Patna. The case eventually got transferred to CBI on Bihar Police request and the Supreme Court’s orders. The case that was intended to be a simple open and shut for Mumbai Police has turned into a much bigger conspiracy that includes drug dealings, money laundering and the alleged murder of the actor.

Previous What Is Muharram: Definition And Meaning
Next Mother Teresa Biography For Students, Children