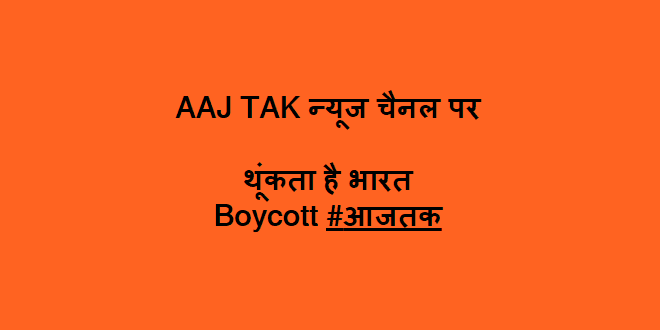 Rhea Chakraborty lies about Sushant Singh Rajput’s ‘claustrophobia’ in her interview to Rajdeep Sardesai: Here are her claims that don’t add up

Sushant was training to be a pilot, had trained with NASA, therefore Rhea’s claim that he had claustrophobia of flying is not believable

While the investigation into the Sushant Singh Rajput’s death gains momentum with the involvement of as many as three central probe agencies, actor Rhea Chakraborty continues her efforts to establish that he was suffering from mental disorder. But the claims made by her does not match with known facts of Sushant, implying that she may be lying once again.

Rhea Chakraborty has been interviewed by journalist Rajdeep Sardesai on the India Today channel, which will be broadcast later in the day. But the channel posted a clip of the interview on Twitter, where she claimed that Sushant had claustrophobia of air travel and he was taking prescription medicine to treat it. But there are several loopholes in her claims.

In the clip posted by India Today, Rajdeep Sardesai starts with the assumption that Sushant was suffering from depression. He does not question the claim which has been vehemently denied by Sushant’s family and several friends, he starts by asking Rhea when she became aware that Sushant was suffering from depression. To this, Rhea answered that this was revealed before a trip with her to Europe. ‘On the day of the flight, Sushant told me and everyone that he has claustrophobia of sitting inside aircraft, and he was already taking a medicine for the same’, she said.

There are multiple loopholes in this claim made by Rhea about Sushant. The first is the claim that Sushant had claustrophobia of flying. It is known that Sushant was an enthusiastic about aviation, he was training to become a pilot, and had even dreamt of space travel.

Sushant Singh Rajput was learning to fly the Boeing 737, and he was so serious about flying that he had purchased a Boeing 737 simulator for his training. He himself had posted a video of taking off an aircraft during his training in the simulator. It is highly unlikely that a person having claustrophobia of flying will train to become a pilot, and make large investments into it.

Sushant’s former girlfriend Ankita Lokhande also posted the video in response to Rhea’s claims. “Is this #claustrophobia?” she asked, and added, “You always wanted to fly and you did it and we all are proud of you”.

Sushant had also trained with NASA as preparations for a movie, where he was seen in a spacesuit. A spacesuit is the last place a claustrophobic person will get into. In an interview to a TV on his experience with NASA, Sushant had narrated how he spent more time that he was supposed to do inside a ‘cramped, claustrophobic’ centrifuge that simulates zero gravity.

Sushant talks about his astronaut training at NASA which he did with so much excitement & w/o any discomfort that even ppl at NASA were impressed. If Rhea can lie about him being claustrophobic why would anyone believe anything else she utters too.#ShameOnAajTak pic.twitter.com/apauLKYWBY

He had said he had experienced 3.5 g forces inside the simulator without throwing up, which many people do. He had also used the space shuttle simulator at NASA.

All these known facts about Sushant Singh Rajput directly contradicts the claim of Rhea Chakraborty that Sushant was not comfortable with flying, and he had to take medication before each flight he took.

The second issue with Rhea’s claim is about the medicine that she alleges Sushant took to treat his claustrophobia of flying, Modafinil. Because, this drug has nothing to do with claustrophobia, and in fact it can intensify the problem, and can’t treat it. Modafinil is prescribed for treatment of sleep disorders like narcolepsy. It is primarily used to reduce extreme sleepiness. Sometimes it is also used to keep people awake if they need to work during their normal sleep period, like working in night shift. This medication has no link with claustrophobia or any other phobia, and is also not used in bipolarity, depression or anxiety, that Sushant was alleged to have by Rhea.

Modafinil is as useful in claustrophobia as Rajdeep in maintaining fourth pillar of Democracy…!!!#ShameOnAajTak

If someone has aerophobia (fear of flying) or claustrophobia of being inside a plane, they will like to sleep during the flight, and may take sedatives for the same. Taking a stimulant like Modafinil will keep such a person awake during the entire flight, who will be constantly feeling the effect of the phobia. Therefore, it is highly unlikely that a doctor will prescribe Modafinil for claustrophobia.

Moreover, Rhea said that Dr Harish Shetty had prescribed Sushant Modafinil for depression, and he was taking it for claustrophobia. The two are completely unrelated mental situations, and medication for one can’t be used for the other. And, the medication she mentioned is not used for any condition that she alleged Sushant was suffering from.

It is important to claustrophobia or any other phobia is not linked to mental health issues like depression and anxiety. A person with a completely normal mental status can have a phobia, and it does not mean such a person is having depression or bipolarity like Rhea was trying to say.

Rhea Chakraborty also claimed in the interview that Sushant was very depressed during their Europe trip in October 2019, that he mostly confined that to the hotel room that he felt was haunted, and they had to cut short the trip due to this. Again, this is another character assassination of Sushant by Rhea who is not alive to defend himself. Sushant was a man with scientific temper. He was deep into science and technology, had a telescope to study the space, and frequently talked about various topics ranging from physics to astronomy. And Rhea Chakraborty claims that Sushant thought the Gothic structure hotel they were staying in was haunted.

While Rhea claims that Sushant was confined to the hotel room during their Europe trip, photographs are available showing him with her at various locations during the trip.

Previous How is Muharram observed?
Next Shashank: Movie on Sushant Singh Rajput’s life