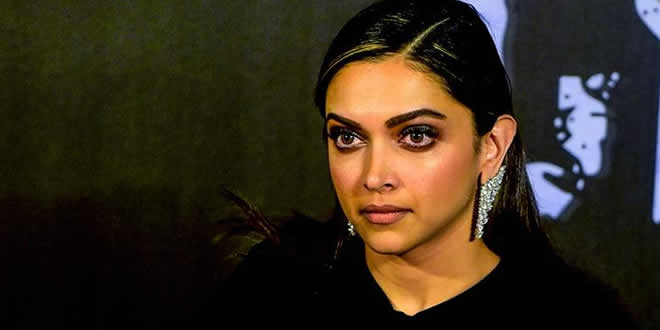 Former RAW officer NK Sood on his Youtube Channel, he alleged that Deepika Padukone has connections with Aneel Mussarat. He claimed that Padukone visited JNU on instructions of Mussarat.

Sood, in his video released earlier this year, said that Mussarat, who is a Pakistan National, has deep connections in Bollywood. 51-year-old Aneel is currently based in Manchester and mainly deals in real estate. He is in good terms with Prime Minister of Pakistan, Imran Khan. He also invested in election campaigning of Imran Khan. Sood alleged that Mussarat is assisting Imran Khan in his housing project of over five million homes in Pakistan.

He further alleged that she was paid Rs 5 crore by Mussarat to go to JNU.

Aneel Musarrat is a Pakistani Agent, close friend of Pak PM. He was the one who financed Anti-CAA protests in #London.#Traitors! pic.twitter.com/VmZ9UdYNrl https://t.co/hC7kBQeq3t

In January this year, during film promotion of her film ‘Chhapaak’, based on an acid attack survivor Lakshmi’s real life story, Deepika Padukone had visited JNU campus amid the protests where in leftist students organisations had taken the varsity on ransom not letting students register for winter semester. Deepika Padukone even got endorsement from former JNU student turned politician Kanhaiya Kumar, who allegedly mourned the death of 2001 Parliament Attack terrorist Afzal Guru on JNU campus in February 2016. Moreover, her PR stunt also found resonance in Pakistan.

Sood further added that Mussarat has deep connections with many celebrities in Bollywood. He was seen in the wedding of Sonam Kapoor in May 2018. Anil Kapoor has family relations with Aneel’s wife. Sood said that the film industry runs mainly on financing from investors. Though it is not an illegal practice, but if they take money from anti-India forces, it will be against the country’s interests.

In another video released on 24th July, Sood again talked about Mussarat. He said that Aneel’s net worth in November 2018 was 300 million pounds. Aneel regularly hosts officials from Pakistan in London. In September 2017, Anusha Mussarat, daughter of Aneel Mussarat got married in London and Manchester. Imran Khan and other Pakistani officials were present during the wedding. Many celebrities from Bollywood also attended the wedding. Anil Kapoor, Karan Johar, Sonam Kapoor, Hritik Roshan, and Suniel Shetty were among the prominent names who participated in the marriage. Sood alleged that Karan Johar has strong intimate relations with Aneel.

Sood, in his video, said that Aneel played a vital role in financing Anti-CAA activities in London. Mussarat actively finance films that project anti-India and anti-Hindu sentiments. When Deepika attended the protest in JNU on Aneel’s call, General Asif Gafoor, official spokesperson of Pakistani Army, also praised her in a tweet. Sood said that the statement against CAA posted by Sonam Kapoor was allegedly made after Aneel’s request.

Sood alleged that he also manages the tickets and stay for Pakistani army officers and their children in London. British authorities have questioned him several times in connection to money laundering and terror financing.

Sood said that, in some documents released by Wikileaks, it was evident that the firm owned by Aneel Mussarat is involved in Hawala transactions. Wikileaks called him a small part of a larger conspiracy around money laundering and claimed that if he is questioned, may reveal the names of bigger fishes. It was also revealed that Aneel Mussarat provides support to Bollywood celebrities in building connections with prominent personalities across the world. In his video, Sood urged the government not to issue Aneel Mussarat visa, and in case he managed to visit India, he should be arrested and questioned for his role in anti-India activities. Sood also urged to government to take strict action against the officials in the embassies that issue Indian visa to such people.

Bollywood’s connection with ISI puppets like Aneel have surfaced several times. Netizens have demanded strict action against those who are associated with Aneel or seen with him.