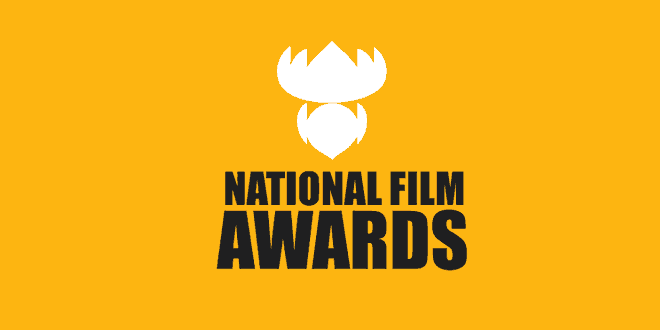 To honour the Father of Indian Cinema, Dhundiraj Govind Phalke, the National Film Awards named the most prestigious and coveted award of Indian Cinema after him. He is the man who made the first Indian Feature film Raja Harishchandra in 1913. Popularly known as Dadasaheb Phalke, he then went on to make 95 films and 26 short films in a span of 19 years. The Dadasaheb Phalke Award was introduced in 1969 by the government to recognize the contribution of film personalities towards the development of Indian Cinema. The first recipient of this award was Devika Rani.

Dadasaheb Phalke Award is given to a film personality for his / her outstanding contribution to the growth and development of Indian Cinema. The award comprises of a Swarna Kamal, a cash Prize of Rs. 10,00,000/- (Rupees Ten Lakhs) certificate, silk scroll and a shawl.

The National Awards for films, which were started as an annual incentive by the Government of India, for the making of artistic, competent and meaningful films have come a long way, to cover the entire national spectrum of Indian Cinema, to judge merit by the highest possible yardstick and to become the most coveted and prestigious awards in the country.

In no other country, has the State encouragement to good cinema been such a vast and monetarily rewarding form year after year. In turn, this has influenced and encouraged the making of creative, serious, cinematic and significant films over the years.

Every year, the best works as well as individual achievements stand out on the highest national level, for all to see. This itself provides a tremendous spur and initiative for better film making, by creating a desire to win recognition and also the substantial cash prizes going with it.

Another commendable aspect of the National Awards is to encourage good films in all languages which is a marathon task, considering that India makes films in some twenty languages and dialects. Similarly, awards for documentaries, whether short or full length, are given in different categories.

If we take a quick look-back at the decades which have rolled by, we find that the Awards, which were initially called “State Awards”, had started off in a small way, with two President’s Gold Medals, two certificates of merit and silver medals for a dozen regional films. For the first six years, it was the practice to give the Regional Best Award to the National Best Film itself. Later, a medal or certificate of merit was given to two or three films in each language.

Separate awards for artistes and technicians were instituted in 1968 for the films of 1967, Nargis Dutt and Uttam Kumar being the first actress and actor to get them. For some time, these were called Urvashi and Bharat Awards but the names of the Awards were later changed.

And thus, as the National Awards step into their 66th year for the films of 2018, we can hope that the scheme shaping into its full maturity will encourage and bring to light all attempts at better film making, from whatever source they come and in whichever language they may be.

National Awards aim at encouraging the production of films of aesthetic and technical excellence and social relevance contributing to the understanding and appreciation of cultures of different regions of the country in cinematic form and thereby also promoting integration and unity of the nation. The awards also aim at encouraging the study and appreciation of cinema as an art form and dissemination of information and critical appreciation of this art form through publication of books, articles, reviews etc.

The National Awards along with cinema’s highest honour, Dadasaheb Phalke award, are presented by the President of India in a solemn function in the presence of the Union Minister of Information and Broadcasting, Chairpersons of the three juries, representatives of Film Federation of India and Confederation of All India Cine Employees and senior official. Since the Awards for 2007, two live playback singing performances are also held during the ceremony.

In their 66th year now, the National Film Awards continue to underline cinematic excellence. The awards have over the years brought the best talent present in India Cinema to national limelight. In its over a half a century long history, the National Film Awards have nurtured numerous talent who are now national icons and also known internationally.

All the awardees are awarded with ‘Golden Lotus Award (Swarna Kamal)’, a certificate and cash prize.

All the awardees are awarded with ‘Silver Lotus Award (Rajat Kamal)’, a certificate and cash prize.

Diggi Padyatra: Padyatra is referred to any yatra or journey that is done on foot. …