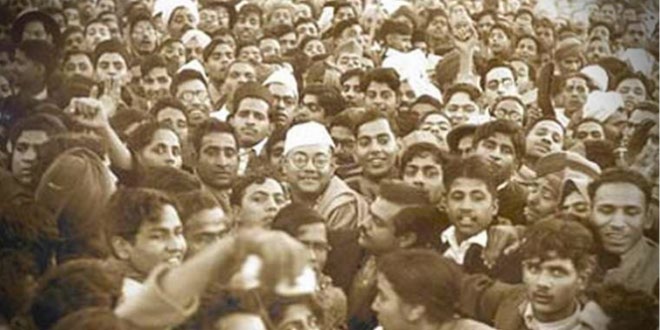 Why did India need to bury Netaji Subhash Chandra Bose before his death? After Justice Mukherjee Commission (JMC), it’s the Central Information Commission (CIC) with whom lay the hopes of millions of Indians of finding the truth about the mystery surrounding the disappearance of Netaji Subhas Chandra Bose, the greatest freedom fighter of this not-so-great country. While Mukherjee Commission could establish beyond reasonable doubt the truth about the falsehood of the myth of Netaji’s death in the August 18 air crash in 1945, a number of questions still remain unanswered.

What happened to Netaji on that fateful day of 1945? Could he reach his destination? Did he end up in a Russian prison? Did he really come back? Where and how did he die? Has he died at all? Did Nehru know his whereabouts and mislead the countrymen? Who else knew? What ‘contemporary official records’ prompted Prime Minister Morarji Desai to express doubt on the floor of the house about the findings of the earlier two enquiry panels? Why are Netaji papers ‘Top Secret’ in his own free country even after a lapse of more than 60 years? The answers still evade the people of this country.

In his report, Justice Mukherjee spent quite a number of pages in describing the actions and responses of various government departments and contradictions in their statements. A good number of documents contained in various classified government files could not see the daylight in spite of the commission’s efforts to uncover them. Even the records and documents placed before the earlier Khosla Commission were not furnished before the present commission. On affidavit, Home Ministry official made false statement saying no papers or files related to Netaji or INA were held by cabinet secretariat, IB or R&AW.

Why did India need to bury Netaji

Around the same time PMO official confessed in writing that some classified documents on Netaji held by PMO were destroyed in 1972 (Khosla commission inquiry was in mid-way at that time). The non-cooperation of Government of India in the process of Commission’s investigation, Justice Mukherjee noted in no unclear terms, had ‘put a spoke in the wheel of this enquiry’. This non-cooperation with the commission has been there all along, right from the constitution of the commission to its final days of enquiry.

The notable fact about this is that both the earlier BJP led NDA Govt. and the subsequent Congress led UPA Govt. were equally non-cooperative, a puzzle that needs to solved to understand why almost every file pertaining to Netaji remains ‘Top Secret’ in his own motherland 60+ years after the independence.

The report of the commission was tabled on the house of the Parliament only days before the closing of the May session in 2006, six months after its submission in November 2005. There was no debate in the house at all and the Government played it safe in rejecting outright the JMC report without sparing a single word in support of its stand. Justice Mukherjee’s finding went against the findings of two earlier enquiry panels and concluded that there happened no air crash at all on that day of August at Taihoku, which could take the life of Netaji. By rejecting the report the Government, in a way, reiterated its acceptance of the earlier two reports of Shah Nawaz Committee and Khosla Commission. However, the evidences that the JMC gathered, in rejecting the air crash theory, have their own strength and will therefore find acceptance amongst general public, no matter what the Government’s stand is. Sooner or later the Government has also to concede to the finding.

It’s sheer coincidence that the year of enactment of Right to Information (RTI) Act is the same as the year of submission of the JMC report. It’s this RTI Act under which information have recently been sought from the Central Government on the classified and destroyed files. In response to an appeal made by Mission Netaji, the Indian Government has come out with an even more interesting and stunning statement. It said in its response that the contents of several classified files on Netaji could not be disclosed because such disclosure would affect the country’s relationship with other foreign country.

The same stand was earlier taken by the Government when JMC asked for the classified Netaji files. In its reply to the JMC, the Home Ministry had further stated that the disclosure would hurt the sentiment of the people, evoke widespread public reaction and lower the public image of the great leader. The Government sought relief under section 8(1) of the RTI Act, which allows secrecy on matters having bearing upon the nation’s sovereignty and security. When the matter reached the CIC, the commissioner, however, asked the center to furnish detailed list of documents held by various central ministries and departments.

Right we must have to the information on Netaji. One may wonder how the hell may break loose should the Netaji papers made public and how the disclosure of information about a national leader could pose threat to national security or jeopardize relationship with other countries! Even if it is assumed that Netaji had been a subject of negotiation of any sort among the allied powers or between the Governments of India and any other country in the post-war phase, the extreme secrecy on the Government’s part about every Netaji-related matter for such a prolonged period can’t be explained. For example, the apparent trivial matter of expenditure incurred on account of maintenance of alleged Netaji ashes in Renkoji temple. The fact that the Indian Government has been paying, and keeps on paying, the Renkoji authorities a handsome amount, has been and still is a closely guarded secret – a matter discussed only by the cabinet and that too as a confidential item on the agenda.

There are reasons to believe that the Government’s desperate efforts in maintaining secrecy of the highest level in Netaji-related matters has something to do with hiding some ugly faces or acts, not to uphold the Netaji stature or the nation’s security. But despite all that secrecy and destroying of vital papers, more and more information started coming out, notably from sources external to the Government and from abroad.

It now appears that the key persons in Indian Government had the knowledge of the falsehood of the air crash report from the very beginning but the false was imposed upon the people of this country as truth. What was once Japan’s need, became India’s requirement. Japan needed the death story to save Netaji in the ensuing hours of capitulation and to make safe passage for him. India needed the same death story to bury him alive, to prevent his resurrection. The billion-dollar question is: why did India need to bury its greatest freedom fighter before his death?

The writer is Senior Lecturer, Department of Mechanical Engineering Bengal Engineering And Science University, Shibpur, Howrah, West Bengal. He can be reached at ghoshsudip@mech.becs.ac.in.

Previous What is the story behind currency issued by Netaji Subhas Chandra Bose?
Next Is the controversy about Netaji Subhash Chandar Bose death important to his daughter Anita Bose-Pfaff?