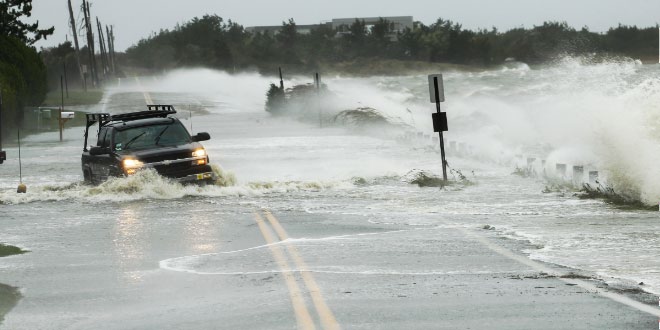 Why are hurricanes given female names?

All hurricanes are given names. Just to help us identify storms and track them as they move across the ocean. Remember, there can be more than one hurricane at a time and without naming them, we could get confused and which storm we’re talking about.

For hundreds of years, hurricanes in the West Indies were named after the particular saint’s day on which the hurricane occurred. An Australian meteorologist began giving women’s names to tropical storms before the end of the 19th century. In 1953, the U.S. National Weather Service, which is the federal agency that tracks hurricanes and issues warnings and watches, began using female names for storms.

In 1979, both women and men’s names were used. One name for each letter of the alphabet is selected, except for Q, U and Z. For Atlantic Ocean hurricanes, the names may be French, Spanish or English, since these are the major languages bordering the Atlantic Ocean where the storm occur.

The World Meteorological Organization uses six lists in rotation. The same lists are reused every six years. The only time a new name is added is if a hurricane is very deadly or costly. Then the name is retired and a new name is chosen.