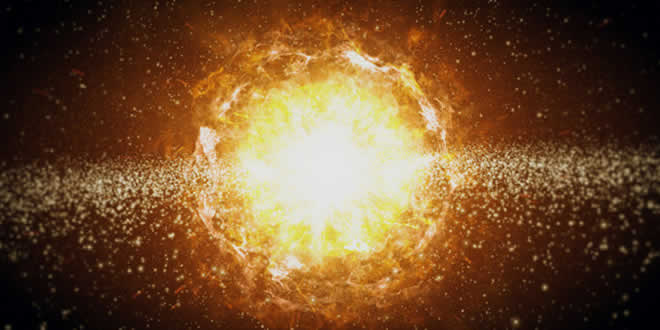 When will the Earth die? As you have already seen, the very existence of the Earth, and all the other planets in the solar system, depends upon the Sun. You have seen how the Sun provides enormous amounts of energy by the change of the gas hydrogen into the gas helium. But as with any other ‘engine’ the fuel, that is the hydrogen, must slowly be used up. When this happens, as has already occurred with millions of other stars, the Sun will collapse and explode. The explosion will totally destroy the Earth and its neighbors. There is no need to worry unnecessarily it will be at least another 5000 million years before the sun explodes.

When astronaut Jim Lovell saw Earth outside his window during Apollo 8, the moment forever changed him.

Lovell was referring to the humbling truth about our fragile existence: Life exists here only because it teeters in a delicate and truly improbable balance. Our atmosphere, proximity to the sun, and countless other beautiful coincidences not only permit living things to survive and evolve, but also to thrive.

And yet, here we are, sitting at desks and in coffee shops and walking down the street like it isn’t some kind of extraordinary miracle.

But all good things must come to an end.

One day Earth will be inhospitable to anything resembling life as we know it.

The life on this planet likely won’t cease until billions of years from now. But, depending on how the stars align – in some cases, literally – it could also happen tomorrow or anytime in between.

Here are the many ways scientists believe the Earth as we know it could die.

Share
Previous When were the first land animals appeared on the earth?
Next Earth: Mother Earth Day Special Short Poetry