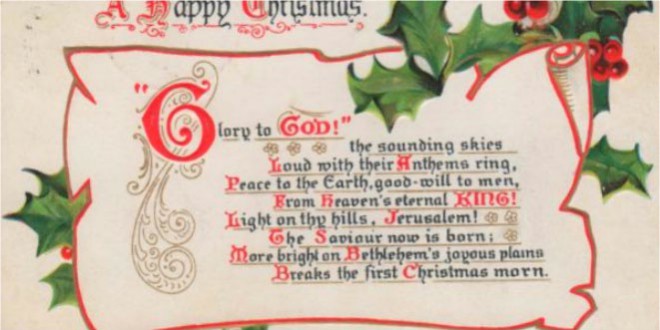 The custom of sending Christmas cards started in the United Kingdom in 1843 by Sir Henry Cole. He was a civil servant (Government worker) who was very interested in the new ‘Public Post Office’ and wondered how it could be used more by ordinary people.

Sir Henry had the idea of Christmas Cards and with his friend John Horsley, who was an artist, they designed the first card and sold them for 1 shilling each. The card had three panels. The outer two showed people caring for the poor and the centre panel was a family having a large Christmas dinner! Some people didn’t like the card because it showed a child being given a glass of wine!

The first post that ordinary people could use was started in 1840 when the first ‘Penny Post’ public postal deliveries began. Before that, only very rich people could afford to send anything in the post. The new Post Office was able to offer a Penny stamp because new railways were being built. These could carry much more post than the horse and carriage that had been used before. Also, trains could go a lot faster. Cards became even more popular in the United Kingdom when they could be posted in an unsealed envelope for one halfpenny – half the price of an ordinary letter.

Previous What is the significance of Christmas Bells?
Next Christmas Island World Encyclopedia for Students