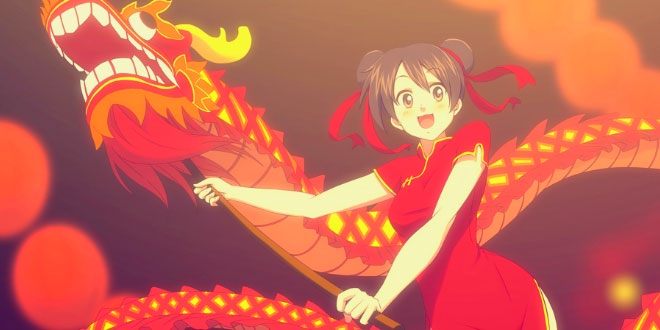 What is the history of Chinese New Year?

The most important holiday for Chinese around the world is undoubtedly Chinese New Year – and it all started out of fear.

The centuries-old legend on the origins of the New Year celebration varies from teller to teller, but they all include a story of a terrible mythical monster who preyed on villagers. The lion-like monster’s name was Nian which is also the Chinese word for “year”.

The stories also all include a wise old man who counsels the villagers to ward off the evil Nian by making loud noises with drums and firecrackers and hanging red paper cutouts and scrolls on their doors because for some reason, the Nian is scared of the color red.

The villagers took the old man’s advice and the Nian was conquered. On the anniversary of the date, the Chinese recognize the “passing of the Nian” known in Chinese as guo nian, which is also synonymous with celebrating the new year.

Based on the Lunar Calendar

Depending on where rice is grown in China, the rice season lasts from roughly May to September (north China), April to October (Yangtze River Valley), or March to November (Southeast China). The New Year was likely the start of preparations for a new growing season.

Spring cleaning is a common theme during this time, as many Chinese will clean out their homes during the holiday. The New Year celebration could even have been a way to break up the boredom of the long winter months.

On this day, families travel long distances to meet and make merry. Known as the “Spring movement” or Chunyun, a great migration takes place in China during this period where many travelers brave the crowds to get to their hometowns.

Though the holiday is only about a week-long, traditionally it is a 15-day holiday during which firecrackers are lit, drums can be heard on the streets, red lanterns glow at night, and red paper cutouts and calligraphy hangings are hung on doors. Celebrations conclude on the 15th day with the Lantern Festival.

Children are also given red envelopes with money inside. Many cities around the world also hold New Year parades complete with a dragon and lion dance.

Food is an important component to New Year. Traditional foods include nian gao or sweet sticky rice cake and savory dumplings – which are round and symbolize never-ending wealth.

In China, New Year celebrations are synonymous with “Spring Festival” (chūn jié) and it is typically a week-long celebration.

The origins of this renaming from “Chinese New Year” to “Spring Festival” is fascinating and not widely known.

In 1912, the newly-formed Chinese Republic, governed by the Nationalist party, renamed the traditional holiday to Spring Festival in order to get the Chinese people to transition to celebrating the Western New Year instead.

During this period, many Chinese intellectuals felt that modernization meant doing all the things as the West did.

When the Communists took over power in 1949, the celebration of New Year was viewed as feudalistic and seeped in religion — not proper for an atheist China. Under the Chinese Communist Party, there were some years where New Year was not celebrated at all.

China Central Television has held an annual New Year’s Gala since 1982, which was and is still televised across the country and now via satellite to the world.

A few years ago, the government announced that it would shorten its holiday system. The May Day holiday would be shortened from a week to one day and the National Day holiday would be made two days instead of a week. In their place, more traditional holidays such as the Mid-Autumn Festival and Tomb-Sweeping Day might be implemented.

The only week-long holiday that was maintained is Spring Festival. Perhaps even today, several millennia after the first New Year, the fear of the Nian is alive and well.