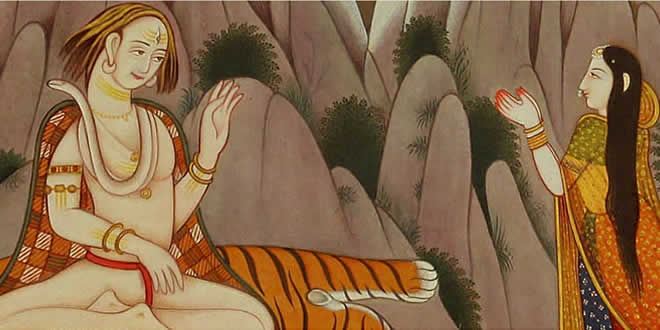 What are Shivaratri Traditions?

What are Shivaratri Traditions? Various traditions and customs related to Shivaratri Festival are dutifully followed by the worshipers of Lord Shiva. Devotees observe strict fast in honor of Shiva, though many go on a diet of fruits and milk some do not consume even a drop of water. Devotees strongly believe that sincere worship of Lord Shiva on the auspicious day of Shivaratri, absolves a person of sins and liberates him from the cycle of birth and death. Shivaratri is considered especially auspicious for women. While married women pray for the well being of their husbands unmarried women pray for a husband like Lord Shiva, who is regarded as the ideal husband.

The emergence of Shivalinga

According to a legend in Shiva Purana, two of the triads of Hindu Gods – Lord Brahma and Lord Vishnu – were fighting to establish superiority amongst them. Horrified at the intensity of this battle, the other gods requested Lord Shiva to intervene and make them realise the futility of this skirmish. Shiva assumed the form of a huge column of fire between Brahma and Vishnu. The latter Gods decided to find the pinnacle of the fire column. Lord Brahma assumed the form of a swan and flew upwards while Lord Vishnu took the form of Varaha (the avatar of the Hindu god Vishnu in the form of a boar) and went inside the Earth. As light is limitless, neither Brahma nor Vishnu could reach the end despite their tedious search.

During his journey, Lord Brahma came across a Ketaki flower wafting down slowly. When asked where she came from, the flower replied that she had been offered at the top of the fire column. Lord Brahma decided to end his search and take the flower as witness. This infuriated Shiva who then punished Brahma for lying and cursed him that no one would ever pray to him. Till date, there is only one temple dedicated to him, the Pushkar temple in Ajmer, Rajasthan. As the Ketaki flower had testified falsely, she too was banned from being used as an offering for any worship. Since Lord Shiva helped pacify the Gods, Maha Shivaratri is celebrated in his honour.

According to another belief, Goddess Parvati once pleaded with Lord Shiva to save the earth from destruction. Lord Shiva agreed to save the world on the condition that its inhabitants worship him with dedication and passion. That’s how the day came to be known as Maha Shivratri. It is also believed that flowers bloom exactly the day after Maha Shivratri, hinting at the fertility of the earth.

Legend speaks of Maha Shivaratri as the night when Shiva performs the dance of creation, preservation and destruction. The chanting of hymns, the reading of Shiva scriptures by devotees joins this cosmic dance. Mahashivaratri is marked by annual dance festivals at major Hindu temples Konark, Khajuraho, Pattadakal, Modhera and Chidambaram. Nataraja – the supreme god of dances – is also another form of Lord Shiva. Lord Shiva’s dance forms, tandava and lasya are performed in different forms by classical dancers with respect for the God.

Of the 12 Shivaratris that are observed in a year, the Maha Shivaratri is considered to be the most auspicious one. Some celebrate the festival during the day, while others celebrate it during the night by organizing jagrans where women and men come together and sing religious hymns throughout the night. Devotees observe a strict fast for a day. In some parts of Karnataka, children indulge in mischief and then ask for punishment in tune to the myth of Lord Shiva punishing Brahma for lying.

Previous What is Lord Shiva Assurance?
Next What is Legend of Shiva and Shakti Marriage?