Elm — Elms are deciduous and semi-deciduous trees comprising the genus Ulmus, family Ulmaceae, found throughout the Northern Hemisphere from Siberia to Indonesia, Mexico to Japan. Many species and cultivars have also been introduced as ornamentals to parts of the Southern Hemisphere, notably Australasia.

Elms have alternate, simple, single- or doubly-serrate leaves, usually asymmetric at the base and acuminate at the apex. They are hermaphroditic, having perfect flowers which, being wind-pollinated, are without petals. The fruit is a round wind-dispersed samara.

All species are tolerant of a wide range of soils and pH levels but, with one exception (the European White Elm U. laevis), demand good drainage.

There are approximately 30 to 40 species of elm; the ambiguity in number a result of difficult species delimitations in elms, owing to the ease of hybridization between them and the development of local seed-sterile vegetatively-propagated microspecies in some areas, mainly in the field elm group. Eight species are endemic to North America, and a smaller number to Europe the greatest diversity is found in China

During the 18th and 19th centuries, elm cultivars enjoyed much popularity as ornamentals by virtue of their rapid growth and variety of foliage and forms. This ‘belle époque’ lasted until the First World War, when the consequences of hostilities, notably in Germany, and the outbreak of Dutch elm disease saw the elm slide into horticultural decline. The further disruption caused by the Second World War and, 20 years later, the devastation wrought by the outbreak of a new, far more virulent strain of Dutch elm disease, brought the tree to its nadir.

Since circa 1990 however, the elm has enjoyed a slow renaissance through the successful development in North America and Europe (notably the Netherlands until 1992, and, more recently, Italy) of cultivars highly resistant to the new strain of the disease. Consequently, the total number of named cultivars, ancient and modern, now exceeds 300, although many of the older clones, possibly over 120, have been lost to cultivation. Unhappily, enthusiasm for the newer clones often remains low owing to the poor performance of earlier, supposedly disease-resistant Dutch trees released in the 1960s and 1970s. In the Netherlands, sales of elm cultivars slumped from over 56,000 in 1989 to just 6,800 in 2004, whilst in the UK, only four of the new American and European releases were commercially available in 2007.

In 1997, a European Union elm project was initiated, its aim to coordinate the conservation of all the elm genetic resources of the member states and, among other things, to assess their resistance to Dutch elm disease. Accordingly, over 300 clones were selected and propagated for testing. 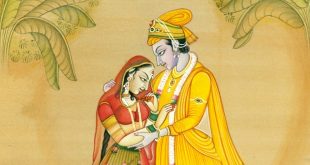