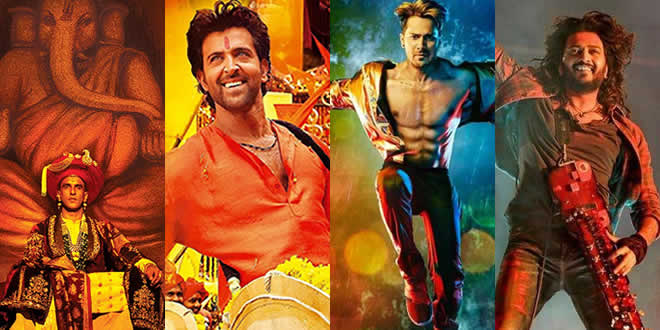 Top 10 Ganesh Chaturthi Bhajans And Songs: Ganesh Chaturthi festival is here and one would often hear Bollywood numbers designed around the festival in several Ganesh pandals across India. We present to you some of the most memorable Ganpati songs from Bollywood.

Check out our list of Ganesh Chaturthi Bhajans and Songs from down below.

Dream Girl is an upcoming Indian Hindi-language romantic comedy drama film starring Ayushmann Khurrana and Nushrat Bharucha. The film is directed by Raaj Shaandilyaa and is co-produced by Ekta Kapoor and Shobha Kapoor under their banner Balaji Motion Pictures. The principal photography began in December 2018 and is slated to release theatrically on 13 September 2019.

Anybody Can Dance 2, commonly known as ABCD 2 is a 2015 Indian 3D dance drama film directed by Remo D’Souza and produced by Siddharth Roy Kapur under Walt Disney Pictures. The film stars Prabhu Deva, Varun Dhawan, Shraddha Kapoor, Sushant Pujari, Raghav Juyal, Dharmesh Yelande, Punit Pathak and Lauren Gottlieb. It is the sequel to the 2013 film ABCD: Any Body Can Dance. ABCD 2 released on 19 June 2015. The decommissioned warship INS Vikrant was featured as a backdrop behind the dance group’s practice area during the first half of the film.

Bajirao Mastani is a 2015 Indian epic historical romance film directed by Sanjay Leela Bhansali, who also composed its soundtrack. The film was jointly produced by Bhansali and Eros International’s Kishore Lulla; it stars Ranveer Singh, Deepika Padukone and Priyanka Chopra. The supporting cast includes Tanvi Azmi, Vaibhav Tatwawaadi and Milind Soman. Based on the Marathi novel Raau by Nagnath S. Inamdar, Bajirao Mastani narrates the story of the Maratha Peshwa Bajirao I (1700–1740 AD) and his second wife (or concubine; some authorities did not consider the union legitimate), Mastani. 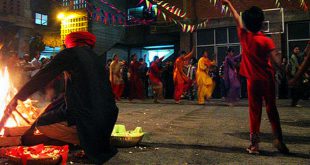